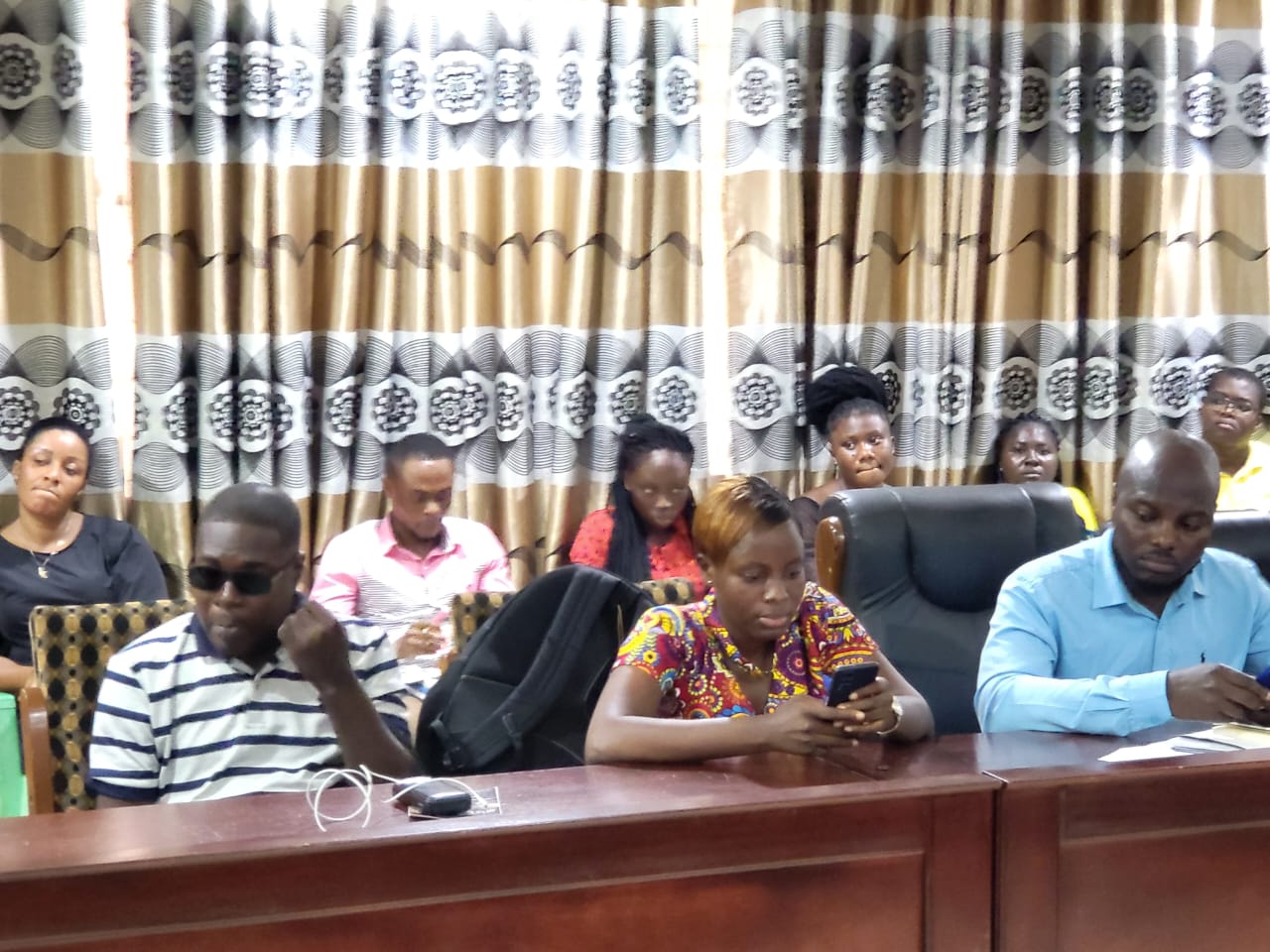 PRESS CONFERENCE ON JEA MILLS MEMORIAL LECTURE FOR THE CENTRAL AND WESTERN REGIONS HELD AT THE OLD ACADEMIC BOARD CHAMBER, UCC ON 23RD JUNE, 2022

Distinguished Members of the Press
We have invited you here today to share with you the rationale behind an event scheduled to take place on the 29th of June, 2022.
We would all recall that almost ten years ago, our nation was struck with the sad news of the death of our President His Excellency Professor John Evans Atta Mills. It was the first and has been the only time in our history that we lost a sitting president. The sadness that enveloped the country was palpable. We have never recovered from that. But the demise of the President also brought the people of Ghana together and showed that irrespective of our different affiliations and leanings, we are first Ghanaians. It has been ten years and history has taught us not to forget the values and good deeds of people who lived with us. Their lives remind us to hold firmly to our common collective values as a people and encourage us to lead the younger generations to same. And so, ten years on, we remember the Man John Evans Atta Mills.

His Excellency The Late John Evans Atta Mills was an illustrious son, an educator, an academic, a sports man, a patriot, a President of our nation, and a peace-loving Ghanaian. He came onto the political landscape as an unknown politician but his personality stood out. He had a strong sense of compassion and his kindness was unmatched. Though the President of Ghana, he never lost touch of his humanity. He was strict and firm, yet calm and always looked to create an atmosphere conducive for all to peacefully co-exist.

The haven of peace he created in Ghana did not go unnoticed. It brought benevolence and commendations from the international community, attracting business and partnerships from various organisations and countries. His vision improved the standard of living of many Ghanaians. His countenance and achievements are worth emulating by all who hold Ghana and its noble ideals at heart.

It is for these qualities of leadership he exhibited and the legacy of his personality that the John Evans Atta Mills Memorial Heritage has been established to immortalise his persona, his time on earth, and his legacy as one of Ghana’s most reputable Presidents. The Memorial Heritage will capitalise on his outstanding ideals and values and project his selfless ideals, commendable leadership, and unyielding integrity. These values which directed his moral compass while at the helm of government will live long in the memories of the Ghanaian populace.
As part of his Memoriam, The John Evans Atta Mills Memorial Lectures organized by the J E A Mills Heritage will stand to the memory of a man whose legacy we cannot afford to lose. The lecture series will celebrate him as an academic and an intellectual who was brave enough to venture to step on the political stairway, to get to the top and still keep himself together.
The Heritage is aware of earlier commemorative lectures held in his honour.

The series for this year is the first in the series organized by the Heritage. It has been planned to mark the 10th anniversary of his demise and also to be hosted in Zones. The Northern Zone, comprising five regions have already held theirs. The lecture scheduled for 29th June, 2022, is for the Central and Western Regions, to be held in Cape Coast at NEC, UCC at 11am.

For the event on Wednesday 29thJune, 2022, the Local Organising Committee has invited three outstanding Professors to speak to the gathering. The Keynote Speaker is Prof Kwesi Aning, from KAIPTC with supporting speeches from Prof Akua Britwum from UCC and Prof George Adjei from UMAT. The supporting speakers will speak on the environment and education while the Keynote Speaker speaks on the theme: The Man John Evans Atta Mills: Ten Years On.

We have invited the University Community, Chiefs, the Clergy, the Politicians and other dignitaries from the Central and Western Regions; and most importantly, the youth from selected senior high schools. The event is organized by the JEA Mills Heritage and everybody is welcome to be part of it.
As Chair of the Local Organising Committee, I invite all of you here to come and cover the event and create a lasting memory of the late President John Evans Atta Mills. I also invite the general public to join us in celebrating the life of the man John Evans Atta Mills ten years on.

I thank you for responding positively to our invitation to be part of the press conference and also the lecture on 29th June. Thank you. We can take questions from the audience.