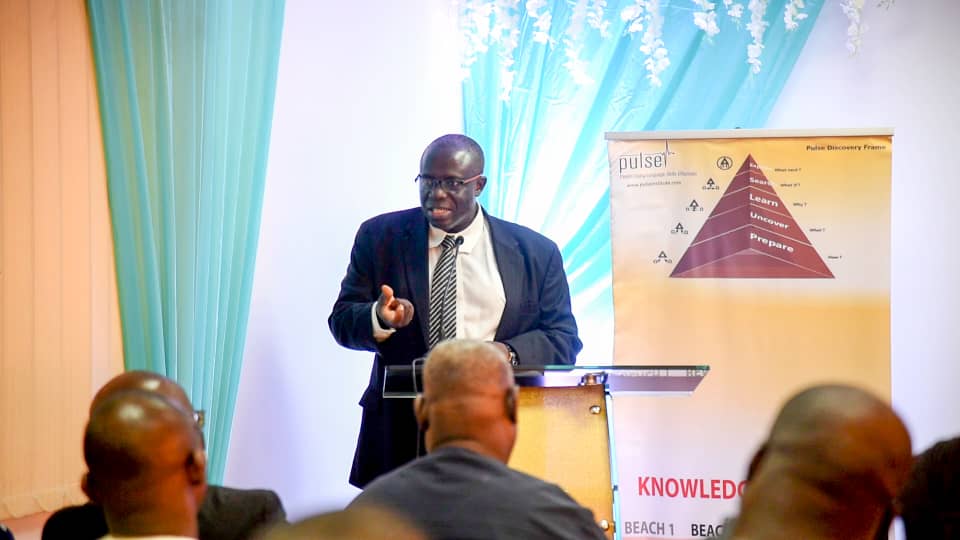 Appeal Court Justice Dennis Adjei has been appointed as a Member of the International Criminal Court (ICC) Advisory Committee.

He is expected to serve for a three-year term that will run from 9 December.

Court of Appeal Judge and former Honorific Dean of the Law Faculty of the Ghana Institute of Management and Public Administration (GIMPA), His lordship, Justice Sir Dennis Adjei, has been appointed by the Assembly of States Parties (ASP) of the International Criminal Court (ICC) as a member of the Advisory Committee on Nomination of Judges to the ICC.

The Assembly of States Parties (ASP) is the Court’s management oversight and legislative body and is composed of representatives of the States which have ratified or acceded to the Rome Statute.

In a letter dated the 13 December 2021, and addressed to Justice Sir Dennis Adjei, President of the Assembly of States Parties (ASP) to the Rome Statute of the International Criminal Court, Silvia Fernández de Gurmendi, noted that “at the seventh plenary meeting of the twentieth session, on 9 December 2021, the Assembly of States Parties of the International Criminal Court appointed you, by consensus, as a member of the Advisory Committee on Nominations of Judges”.

“You were appointed to serve for a three-year term that will run from 9 December 2021 to 8 December 2024. Pursuant to paragraph 6 of the terms of reference of the Committee, you shall have the possibility of being re-elected only once” the appointment letter read.
Other Committee Members

Sir Justice Dennis Adjei, was nominated by the government of Ghana and same was supported by the African Centre of International Criminal Justice (ACICJ) at GIMPA which is directly associated with the ICC. As the Dean of the GIMPA Faculty of Law between January 2019 and August 2020, His Lordship provided leadership in helping ensure that the ACICJ became the leading authority on ICC related issues in Ghana and Africa.

Mandate of AC
The Advisory Committee on the Nominations on judges is mandated to facilitate and ensure that the highest-qualified individuals are appointed as judges of the International Criminal Court.
To that effect, the Committee has a duty to develop a common questionnaire for all nominees that asks them to explain:
i) their experience in managing complex criminal proceedings;
ii) their experience in public international law;
iii) specific experience in gender and children matters;
iv) a track record of impartiality and integrity; and
v) fluency in one of the working languages of the Court, and provide all nominees with the option to make their answers to the questionnaire public.

The committee is also seized with the power to ask nominees to demonstrate their legal knowledge by presenting relevant evidence, check candidates’ references and any other information publicly available, create a standard declaration for all candidates to sign that clarifies whether they are aware of any allegations of misconduct, including sexual harassment, made against them.

The committee is also required to assess practical skills such as the ability to work collegially, knowledge of different legal systems; and exposure to and understanding of regional and sub-regional political, social, and cultural environments above aspects.

The ICC
The International Criminal Court (ICC) investigates and, where warranted, tries individuals charged with the gravest crimes of concern to the international community: genocide, war crimes, crimes against humanity and the crime of aggression.

The Court participates in the global fight to end impunity, and through international criminal justice, the Court aims to hold those responsible accountable for their crimes and to help prevent these crimes from happening again.

The Court cannot reach these goals alone. As a court of last resort, it seeks to complement, not replace, national Courts. Governed by an international treaty called the Rome Statute, the ICC is the world’s first permanent international criminal court.

He holds a Master of Laws in Criminology and Criminal Justice, a Master of Judicial Studies, and an Executive Master in Public Administration.

He lectures in criminal law and criminal procedure in various institutions in Ghana including the Judicial Training Institute of Ghana, University of Cape Coast Faculty of Law, and Kofi Annan Peace Keeping Centre.
Justice Adjei also lectures in International Migration Law in Masters in Justice and Security Administration at the Kwame Nkrumah University of Science and Technology (KNUST).

He combines judgeship with academia and in 2018 when the deanship of the Law Faculty of Ghana Institute of Management and Public Administration (GIMPA), a public university became vacant and was finding it difficult to get a law professor to assume office until a substantive appointment was made, the University Council wrote to the then Chief Justice; Justice Sophia Abena Boafoa Akuffo of Ghana to request him to act as an Honorific Dean which he did for one year, six months.

He also served as one of five judges appointed in 2018 by the then Chief Justice of Ghana; Justice Sophia Abena Boafoa Akuffo to produce Practice Direction (Disclosures and Case Management in Criminal Proceedings) to regulate criminal trials in Ghana.

The document came into force in October 2018 and it is being used by the courts in Ghana. Justice Adjei chaired the Criminal Law Review Committee in 2015 constituted by the Attorney-General and Minister of Justice to review the laws on corruption in Ghana.

He was elected the first chairperson of the Africa Judicial Network on Environmental Law headquartered in Kenya in Johannesburg. In 2019, he was re-elected in Maputo at the Maputo Symposium for another term. He handed over in October 2021.