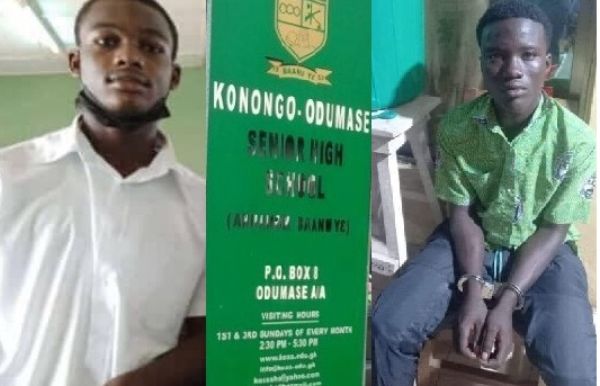 They were remanded after the prosecutor pleaded with the court that they need more time to carry out further investigations on the matter.

The Konongo District Court presided over by Her Worship Joyce Bamfo remanded the minors whose age ranges from 16 to 17 to reappear on 15 November 2021.

It is important to anchor the point that, suspects who are all second-year students of Konongo Odumase Senior High School have been sent to a Juvenile Detention Centre at Juaso. The case was held in-camera.

The Konongo Divisional Police Commander, Chief Supt. Abubakar Siddique Shaibu-Osei told Journalists after the proceedings that an investigation team has been put to investigate the incident.