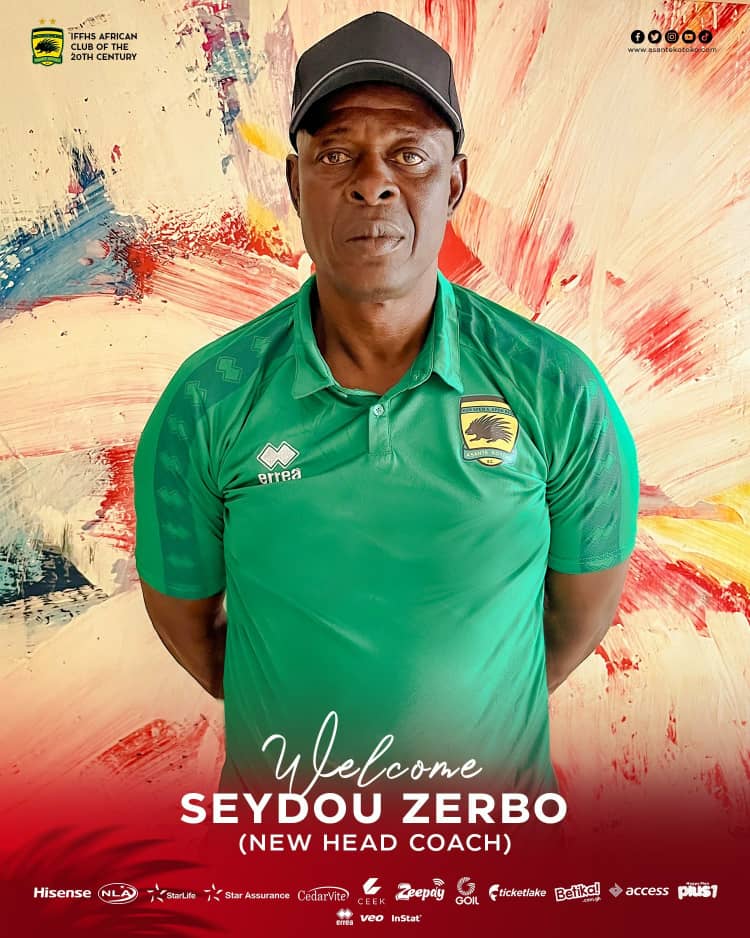 Ghana Premier League Championn, Kumasi Asante Kotoko has appointed Burkinabe Coach Seydou Zerbo as their new Head Coach for a year with the option to extend.

Seydou, 59, arrived in the country yesterday to finalized the deal. Kotoko has been without a head coach after parting ways with Prosper Nartey Ogum who guided them to lift the GPL trophy.

Seydou’s last job as a coach was taking CHAN team of Burkina Faso to Cameroon in 2020 but failed to progress from the group stage.

Kotoko made the announcement on their social media on Sunday morning.The coach has signed one year with the Ghanaian giant with the option to extend.

His immediate task will be to guide the porcupines into the group phase of the CAF champions League.

But must first deal with his former club, Burkina Faso’s Rail Club du Kadiogo who faces Kotoko in the preliminary stage of the CAF Champions League.

Meanwhile, Kotoko has announced changes in the pre-season after failure to secure Turkey visa for the team.

They will now travel to Sudan for the second phase of the pre-season and play some friendly matches to help them prepare for the coming season.