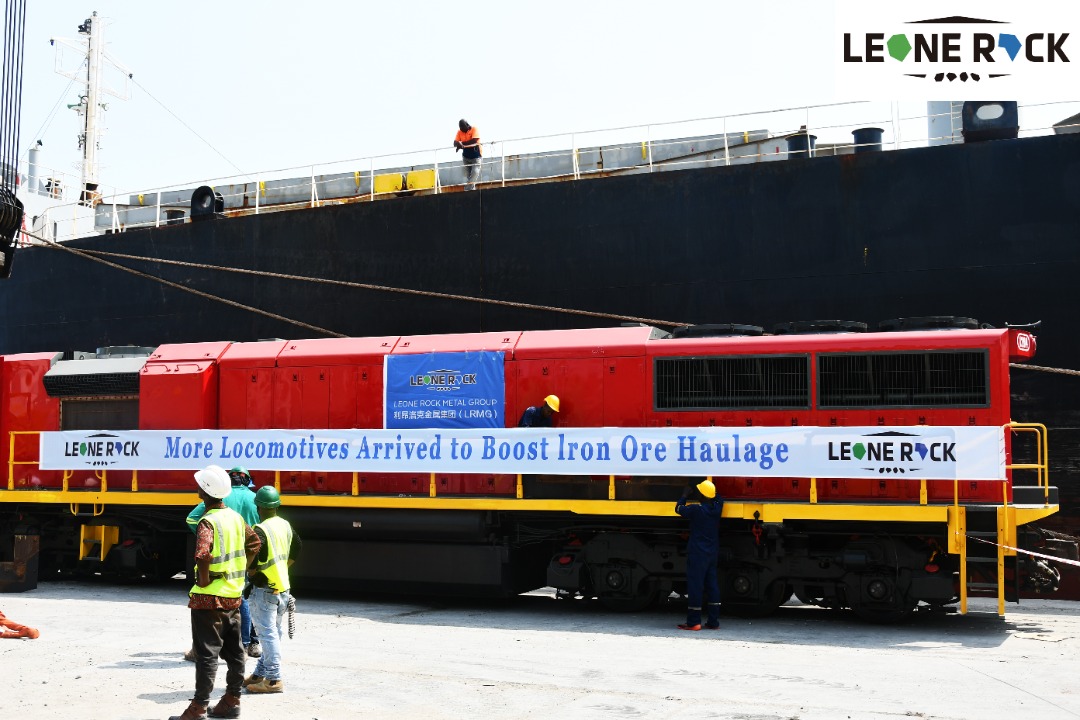 The locomotive is a rail transport vehicle that provides the motive power for a train. A single locomotive has the capacity to pull 30 wagons which are used to transport iron ore from the mines to the port. So far, the train sets 112 wagons to 4 locomotives and 90 wagons to 3 locomotives.

Railway Operation is an important infrastructure in maintaining and developing Leone Rock’s Railway and Port, as well as boosting the Sierra Leone economy. Between March 2021 to December 2021 Leone Rock Metal Group haulage 359 trains with a total of 2,523,531 Tons of Iron Ore.

Leone Rock Metal Group is the parent company of Kingho Mining Company and Kingho Railway and Port Company Limited. Kingho Railway and Port Company administers the 192-kilometer railway which leads from the New Tonkolili Iron Ore Mines to the Port town of Pepel, in Kamasondo Chiefdom, Port Loko District. It also operates the Pepel shipping port from which Iron Ore are transported outside the country.