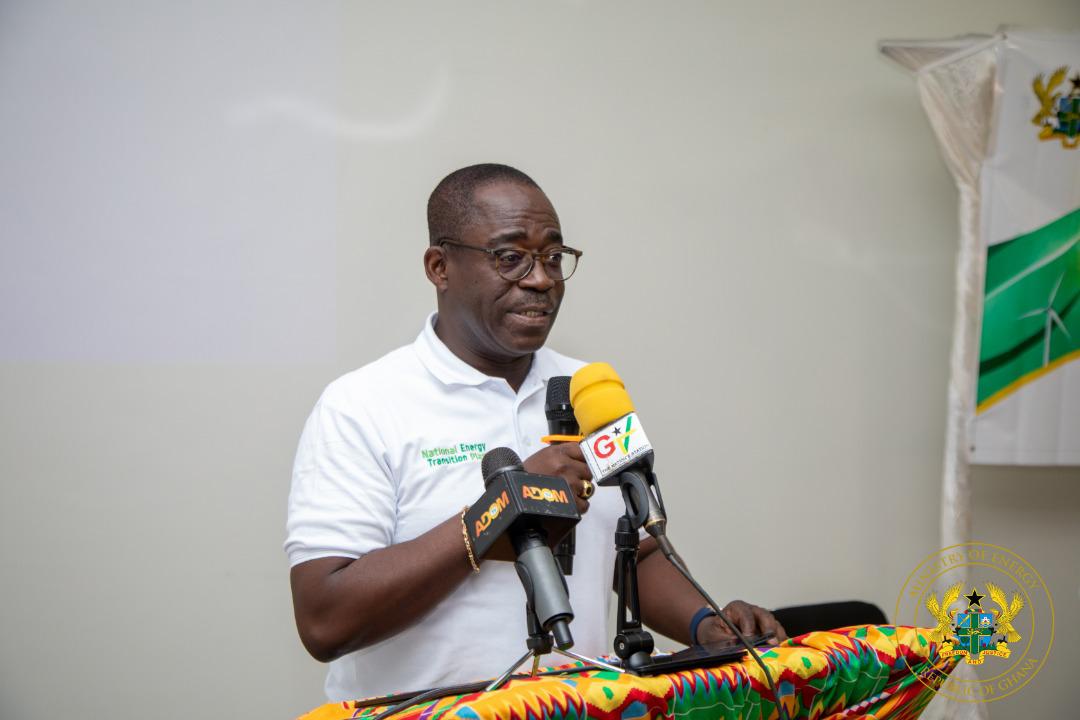 The Deputy Minister of Energy, Hon. William Owuraku Aidoo has called on Ghanaians to explore innovative ways through which the country can transition from the use of fossil fuel without stifling economic growth.

According to him, the country was blessed with huge miniral potential including lithium, manganese, iron and silica which could serve as raw materials for the manufacture of various components of renewable energy technologies and Ghanaians must turn their attention there.

“I entreat us to explore the various ways we can transition from fossil fuels to cleaner energy in Ghana while ensuring economic growth and the general well-being of the citizens,” he emphasised.

Hon. Owuraku made the call whilst speaking on behalf of the Minister for Energy, Dr. Matthew Opoku Prempeh at a regional stakeholder forum event on the National Energy Transition plan held in Goaso in the Ahafo Region on Tuesday, 22nd March 2022 .

He said in line with the Paris Agreement, a national energy transition plan to guide the country as it transitions to cleaner energy.

The Deputy Minister said as part of the processes of developing the plan, it was expedient for the views of stakeholders to be incorporated into it to ensure a holistic approach and successful implementation of the plan.

He explained that as part of the plan, the Ministry had resolved that fossil fuel, particularly natural gas would continue to be part of the country’s energy mix while strategies are put in place to increase the share of renewable energy in the mix in the medium to long term.

“Currently, about 70per cent of Ghana’s installed power generation capacity of 5,231Mega Watts is from thermal plants that use natural gas as their primary fuel. This proportion is projected to increase to meet the growing energy demand commensurate to the national economic growth,” he said.

Hon. Owuraku said transitioning to cleaner energy over the next few years would require substantial resources, stressing that “The paucity of such resources in our part of the world could notably affect implementation of the transition plan.”

As a result he said it was important that the country leveraged on revenues from its indigenous oil and gas resources to develop the renewable or cleaner energy the world was advocating.

“We acknowledge that gas to a large extent is clean and has huge potential to drive industrialisation and still meet the energy transition goals,” he outlined.

Dignitaries present at the Goaso event included the Ahafo Regional Minister, Hon. George Boakye, Nana Appiah Kubi Sompahene of the Goaso Traditional Council and entourage, MMDCEs and Staff of various Assemblies, the Academia from various institutions, CSOs, NGOs, Media personnels as well as Ghanaians from all walks of life.

In this article:Deputy Energy Minister,Let's explore innovative ways to transition-