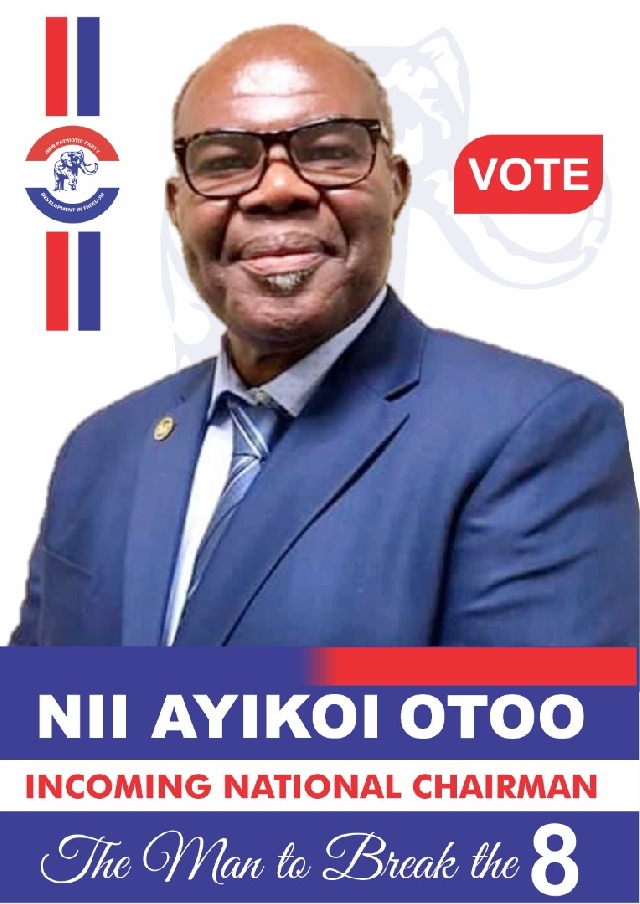 Let’s not tear ourselves apart because of elections – Ayikoi Otoo

National Chairman hopeful of the governing New Patriotic Party (NPP) and former Attorney-General has urged the rank and file of the party to avoid tearing themselves apart as a result of the process to elect national officers to steer the affairs of the party for 2024.

According to the national chairman aspirant who was Ghana‘s High Commissioner to Canada, though initially there were some hiccups which gave cause for concern, largely all the internal elections have been held successfully leaving only the highest positions which will also pass off amiably.

The former High Commissioner and a lawyer by profession made this call in a statement dated June 9, 2022, ahead of the party’s processes leading to the July 15, date for the national conference to elect national officers at Accra Sports Stadium in the Greater Accra Region.

‘Let us remember that the goal is not to tear ourselves apart and give ammunition to our opponents but to work assiduously to retain power’ he said.

The statement noted that the National Council of the party has released rules and regulations and time table for the conduct of the election of National Officers of the NPP scheduled to take place at the Accra Sports Stadium from 15th to 17th July 2022.

’It follows that we now know all the delegates who will decide the fate of National Officers hopefuls, the statement added.

The statement stressed that the journey of internal elections from polling stations, electoral area coordinators, constituency and regional officers has not been easy.

‘Though initially there were hiccups which gave cause for concern, largely all the internal elections have been held successfully leaving only the highest positions which I believe will also pass off amiably, the statement noted.

The statement furthercongratulated all those who emerged victorious at every stage of the contestand called on all who were not successful to pledge their unflinching support to the party since the contest is rather about how to break the eight for NPP to hand over to NPP.

‘Let us unite to build a strong and impregnable defence of our achievements so that we will remain attractive in 2024, the statement concluded.