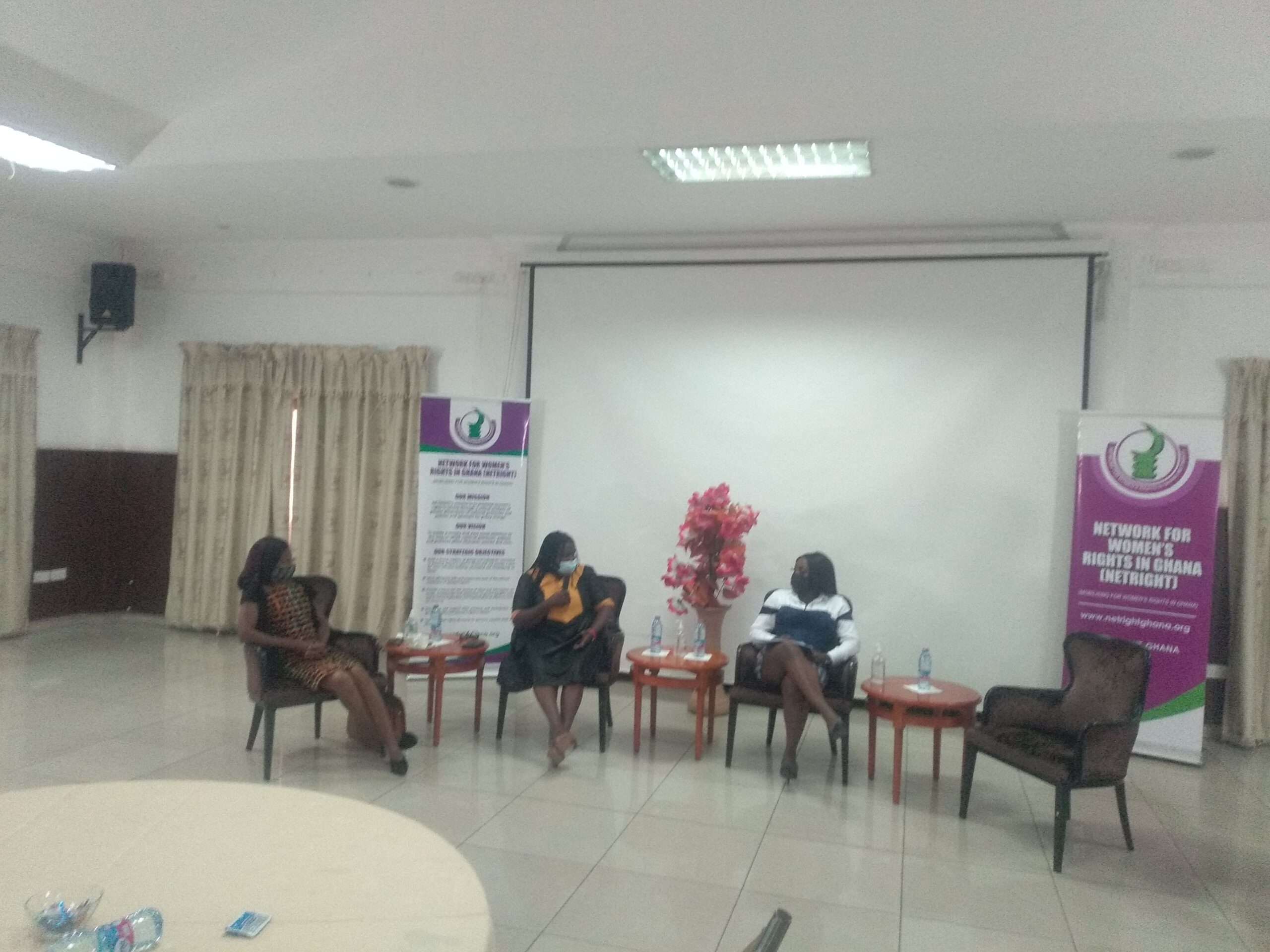 Rector of the Law Institute and former Chair of CEDAW Lawyer Hilary Gbedemah has urged women groups to immediately realise and acknowledge affirmative action as a common agenda and collectively work towards the passage of Affirmative Action Bill (AA Bill) currently in parliament into law.

According to Lawyer Hilary Gbedemah, all and sundry should push for instant elimination of factors that inhibit passage of Affirmative Action Bill whilst working together by using different platforms to amplify voices on the bill.

The dialogue is intended to broaden the scope of engagement and understanding among different generations of women and men on how to speed up the process of getting the Affirmative Action Bill (AA Bill) passed into Law.

With the AA Bill becoming one of the oldest bill in the parliamentary handsard, Lawyer Hilary Gbedemah noted that the old-aged Affirmative Action Bill needs to be given oxygen of publicity for policy makers, MPs to realise and acknowledge the urgent need to get the long-existing bill passed into law.

Contributing to the debate, Member of Affirmative Action Bill Coalition Edith Efua Chidi says women groups should work for collective benefits devoid of competition among themselves.

Meanwhile, Broadcast Journalist, Feminist and Gender Activist Felicity Nelson is of the view that the patriarchal nature of some breeds of Ghanaians where young women feminists are relegated to the background must stop.

“All forms of discrimination against women particularly young ones, feminists should be a thing of the past”, she said.

The programme was co-funded by the African Women’s Development Fund (AWDF) under its grant awarded to NETRIGHT for the Ghana Feminist Forum project and the Women’s Voice and Leadership (WVL) project supported by Plan International Ghana with funding from Global Affairs Canada (GAC).