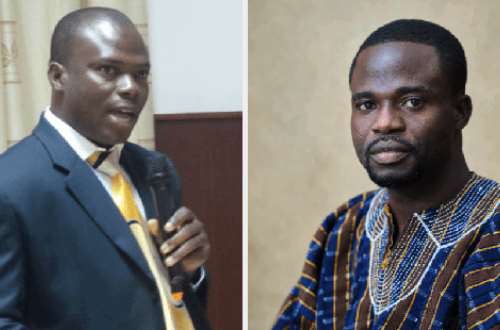 The Church, in its statement of claim, held that Mr Azure, an Editor, together with one Sulemana Braimah, Executive Director of Media Foundation for West Africa, Edwin Appiah, a co-editor and the Media Foundation for West Africa, an entity, had among others, published articles, one, titled “Darkness in A Lighthouse” allegedly seeking to launch a scathing and disparaging attack on the Church and its founder, Bishop Dag Heward-Mills.

The articles of the defendants were premised on a suit instituted by the Church’s former pastors.

The Church is praying for an injunction restraining the defendants, their servants, or agents from further publishing or causing to be published similar words, which are defamatory.

It is also praying for “an order directed to the defendants to ensure the removal of the defamatory articles as well as their re-publication on other media sites from the internet.”

The LCI is praying for damages including, “special aggravated and exemplary damages for libel contained on websites published by the defendants and republication by many local and international media.”

The suit filed on December 10, this year, is further seeking costs involved in the prosecution of the suit.

In the Church’s statement of claim, it said that the LCI was a religious organisation registered in Ghana and shared a common vision of propagating the gospel of Jesus Christ nationwide, including the training of pastors.

The Church averred that since its establishment in 1998, it had been law abiding Church and that the hard work of its founder, Bishop Dag Heward-Mills, made itself and worldwide partners, a model for many churches both in Ghana and worldwide.

The plaintiff said in the issue of the Fourth Estate dated April 23, this year,the defendant allegedly wrote an article with the headline “Darkness in a Lighthouse Part I: Pastors recount abuse and trauma”.

The Church alleged the defendants used further defamatory statements such as ” Six Ministers of God laboured for a cumulative 42 years and five months without the payment of their pension contributions.”

The plaintiff said those publications suggested that the Plaintiff as a Christian organisation, falsely and deceptively pretended to give light and spiritual direction to persons seeking God while “indeed and in fact”, the plaintiff practised the “exact opposite.”

According to the plaintiff, the publication sought to portray that the Church used means of “cunning and subterfuge to lure people desirous of doing God’s work into its fold” and ” makes a shipwreck of their faith, leading them to hell instead of heaven.”