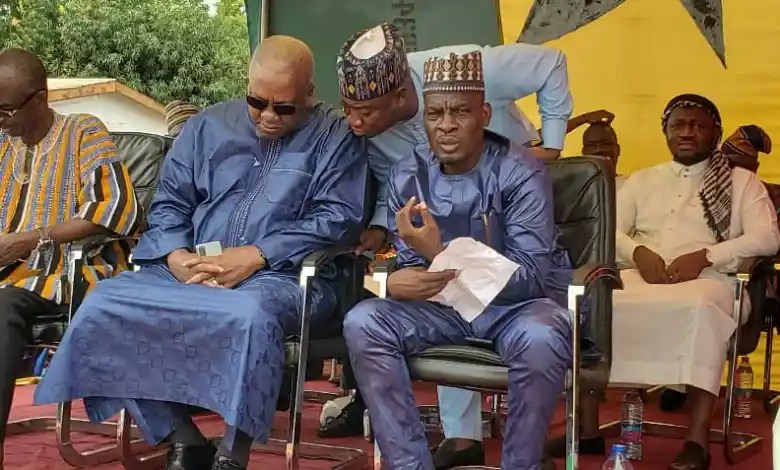 H.E John Dramani Mahama honored an invitation to the climax of the 26th annual Quranic recitation of Sheikh Lukman Bamba as the Special Guest. John Mahama was accompanied by the General Secretary of the NDC, Hon. Johnson Aseidu Nketiah, Former Chief of Staff, Hon. Julius Debrah, Minority Leader, Hon. Haruna Iddrisu, NDC MPs from the Northern Region, Regional Executives of the NDC and other party stalwarts to grace the occasion.

H.E John Dramani Mahama also honored an invitation from the Assemblies of God church in Tamale to grace the induction service of a newly elected Northwest regional Superintendent.

As part of his visit, he also called on Chief Kasullana at his palace in Kasulyili in the Tolon District to commiserate with him for the loss of his wife. He also paid a courtesy calls on the Tolon Naa and the Woribogu Lana respectively.

John Mahama rounded his visit by commiserating with the family of the Minority Leader, Hon. Haruna Iddrisu who lost his brother in May this year.

The Regional Communications Bureau of the NDC on behalf of the Regional Executive Committee wishes to thank H. E John Dramani Mahama and his entourage for his visit to the region. We also extend our gratitude to our party faithful and the general public for the warm reception accorded H.E John Dramani Mahama.

In this article:Mahama,tours Northern Regions