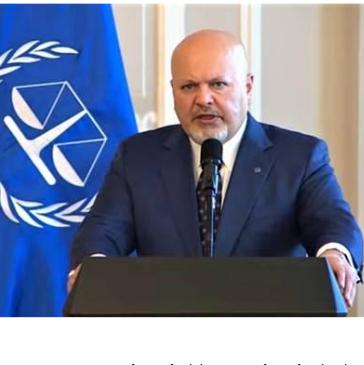 The initial appearance of Maxime Jeoffroy Eli Mokom Gawaka is scheduled for Tuesday, 22 March 2022, at 14:30 (The Hague local time) in Courtroom I of the International Criminal Court (“ICC” or “Court”) before Pre-Trial Chamber II.

Mr Mokom was surrendered to the Court by the authorities of the Republic of Chad on account of an ICC warrant of arrest issued under seal on 10 December 2018. He is suspected of war crimes and crimes against humanity allegedly committed in Bangui and other locations in the Central African Republic between at least 5 December 2013 and at least December 2014.

During the initial appearance hearing, the judges will verify the identity of the suspect and the language in which he is able to follow the proceedings. He will be informed of the charges against him and of his rights under the ICC Rome Statute. Pre-Trial Chamber II is composed of Judge Rosario Salvatore Aitala (Presiding judge), Judge Antoine Kesia-Mbe Mindua and Judge Tomoko Akane.