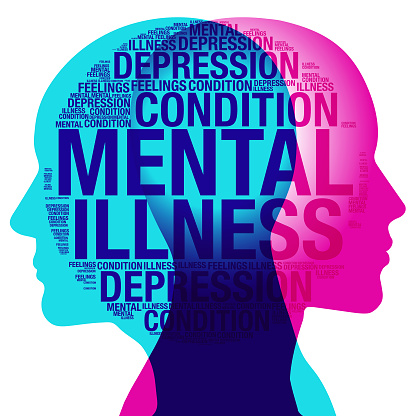 A male and female side silhouette positioned back to back, overlaid with various sized words related to the topic of mental health and depression.

In order to create awareness worldwide on Bipolar disorder and conditions, the Mental Health Authority (MHA) has taken the initiative to mark the Day to strengthen the effort to remove social stigma and educate the society understand the difficulties associated with it.

In a statement copied and signed by the Chief Executive of MHA, Prof. Akwasi Osei said the authority is committed to heighten the conversation and broaden the awareness on bipolar disorders in the country.

The statement described bipolar disorder as a mental health condition that affects person’s mood and it makes the affected person have depression symptoms such as feeling hopeless, worthless, lack of energy, having sleepless or eating difficulties and even suicidal thoughts.

“ there is also difficulty in concentrating and taking decisions and loss of interest in activities that used to be enjoyable”, the statement said.