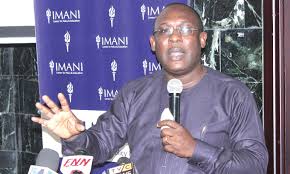 I am not Ghanaian, but I was disturbed last month reading the front-page article of the May 4th, 2021, government owned Daily Graphic: “Monetising mineral royalties: Bold decisions now – Speakers”. I am a financial analyst and I consider myself to be very experienced with gold mining royalties, but I was confused by that article. Not surprisingly, so were others I talked to. I have since done my reading. I am more disturbed. Monetization means selling. The reality is the authorities want to sell a material chunk of your country’s gold royalties in what is called the “Agyapa Royalties Deal” named after the proposed London listed fund that would hold the royalties. I am going to call it what it is: “The Proposed Ghanaian National Gold Royalties Sale” or “Sale”. The intentions behind it may be good. However, for the reasons, I outline below I think this Sale is a terrible idea. If it happens, I predict it will be viewed in a few years’ time as a historic national tragedy.
I just spent five weeks touring your country. I received my second Covid vaccine in March and at a friend’s invitation, I decided to go to Ghana for the first time in over 20 years. I reconnected with old friends and made a lot of new ones during my stay. I am thinking of them and all Ghanaians as I write this.
Mining investing is what I do. I have a small family office mining fund and am, admittedly, a tiny fish in the investment world. I have no vested interest in Ghana or what the Government of Ghana does with its royalties. Less than one percent of our fund’s assets are attributable to Ghana. My trip was not focused on mining.

That said, gold mining and gold mining valuation is my area of expertise. My first experience dealing with gold mining royalties was as a gold mining company controller in my native Canada in 1987. In the decades since, I have analyzed government and private gold mining royalties globally as a mining company corporate officer, a Wall Street analyst and as a mining investor. This experience has resulted in the formation of some strong but well tested views. I have seen how the value and income power of gold mining royalties grow to their owners. Hence, that Daily Graphic article hit a nerve. Rightly or wrongly, I see this royalty sale proposal as an injustice to the Ghanaian people.
Those pushing for this Sale likely argue, among other things, that it will raise desperately needed funding during these Covid depressed times for wanting Ghanaian projects and programs. However, it is during times like this that big mistakes get made. The plan is to sell 37% of Ghana’s National Gold Royalties on existing mines in securitized form (i.e., in publicly listed shares) on the London Stock Exchange for estimated gross proceeds of between $500 million and $750 million. Estimated issue and administrative costs could amount to, say, 10% of gross proceeds (i.e. my guesstimate). Another 39% of these royalties would continue to be owned by the government in the form of publicly traded shares of the proposed London publicly listed Agyapa Fund. Royalties on this remaining Ghanaian government owned stake would be paid out in the form of dividends in a convoluted process net of administrative and other expenses.
Transparency International and other organizations have raised red flags on this proposed Sale. The IMANI Center for Policy & Education based in Accra published an August 27th, 2020, Alert “Why the CSOs

Oppose the Current Agyapa Deal” (“IMANI Alert”). I think the paper, which is available online, is excellent and a must read for anyone who wants to understand what is going on. I agree with most of IMANI’s points. However, I think the arguments against the deal can be simplified. Also, I believe that, unless one believes the gold price is going to collapse and/or the related gold production is going to fall drastically (I don’t believe either will happen) ANY deal to sell Ghana’s National Gold Royalties would be a historical mistake for the reasons outlined below.

First, I expect any sale of Ghanaian Government Gold Royalties to occur at severely depressed prices.
Due to perceived investor geopolitical risk, there is a general price discount for gold mining royalties in African jurisdictions. The price discount for national gold royalties (i.e., royalties paid according to national law) will likely be the same or worse than those of private gold royalties. I expect potential buyers of Ghana’s National Gold Royalties to fear possible future national outrage (see below). In addition, Ghana’s opposition NDC party is reportedly committed to reversing this deal if they are elected in 2024. How can this not make potential investors very nervous? Finally, in the last three years, ESG (Environment, Social and Governance) focused investing has grown to include much, if not most, of the managed fund money in the UK and Europe. The sale of Ghana’s National Gold Royalties (arguably akin to selling crown jewels) in an arrangement viewed by Transparency International and others as non- transparent may attract ESG focused investors’ disgust but surely not their buy orders.

Separately, let’s look at the estimates of those promoting this deal and assume those estimates are right. They are reportedly estimating gross proceeds of between $500 million and $750 million ($450- $675 million net of, say, 10% estimated issue costs) for a 37% stake of Ghana’s National Gold Royalties. These royalties, as a whole, currently amount to roughly 100 tonnes (3.2 million troy ounces) of annual gold production on Ghana’s major mines. The royalty rate is currently about 5%. Using the current $1900 gold price, the annual royalties on that 37% stake equals $112.5 million a year (i.e., 3.2 million oz x 37% x $1900/oz x 5% = $112.5 million). That means the lower end $450 million net proceeds estimate would equal only four years of royalties. In other words, the Ghanaian government could get the same $450 million by waiting and collecting royalties for four years and still own the royalty stream. It makes no sense. Even if the net proceeds were double that or $900 million (i.e., 33% greater than the higher estimate above), it would still mean selling Ghanaian National Gold Royalties at a huge 12.5% US dollar yield for the buyer. Compare that to, for example, the world’s largest publicly traded gold royalty company, Franco Nevada. Its current earnings yield (annual earnings per share divided by the share price) is only about 2.5% according to Bloomberg. This means that even in this much more optimistic sale price scenario, Ghana’s National Gold Royalties would still be valued at only 20%, or a fifth, of what Franco Nevada’s royalty stream is valued at.
Second, the value and income generation of gold royalties tends to rise over time as gold resources and reserves increase with time, development, and drilling. For example, Franco Nevada’s share price is up 10X since its public listing in 2008. Much of that price accretion has come from reserve increases and the development of mine expansions. Experts expect gold production from Ghana’s major mines to remain steady or increase slightly in future years as new expansions are completed.

Third, the selling of Ghanaian National Gold Royalties, a national treasure, would risk national embarrassment and popular anger in future years. The only royalties I have seen sold are private ones. I have never seen a government sell its national gold royalties before. It would be unprecedented. Eventually, I would expect there to be national disillusionment with a growing realization that Ghana’s National Gold Royalties were being paid to outside investors while funding that use to come from those royalties to local communities and government service operations got trimmed. Additionally, in that scenario, I can envision political pressures to add new royalties to make up for the royalties sold. That would cause more chaos, demotivate further capital investment in the Ghanaian mining sector and further hurt Ghana’s reputation.

Times are hard and Ghana is desperate for funds. I understand that. However, I hope Ghana’s leaders do not let the pressure of the current times help allow forever consequential mistakes to be made in the form of a panic mortgaging of a national treasure whose value is likely to continue appreciating. I strongly believe the Proposed Sale of Ghanaian National Gold Royalties (the Agyapa Deal) could damage Ghana fiscally and socially for decades. Monetization means selling. For the sake of Ghana, I pray this proposed Sale never gets through Parliament.
Daniel McConvey June 6, 2021