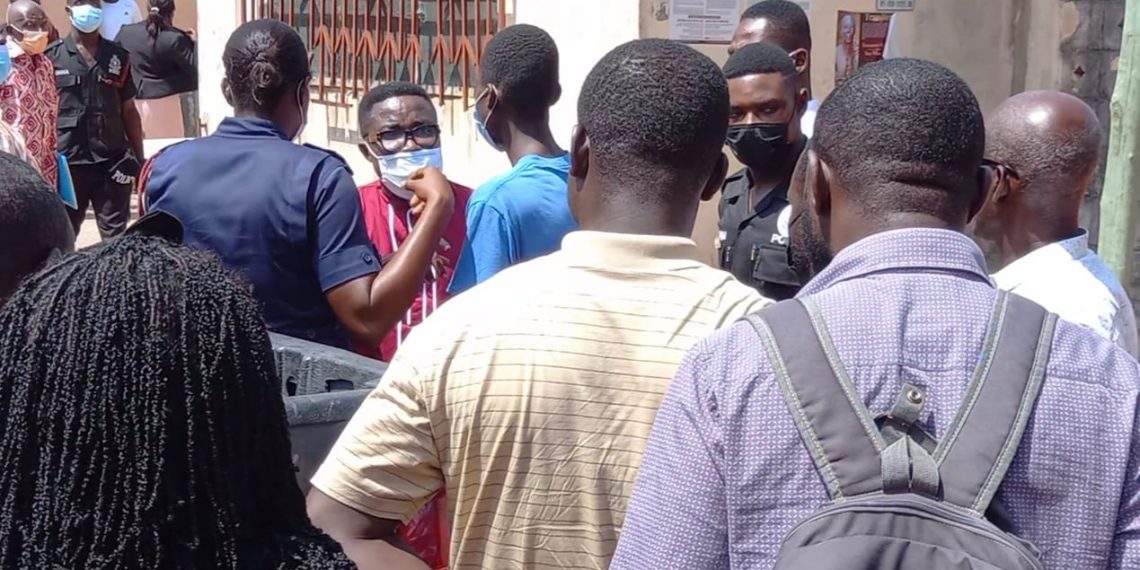 Paa Kwesi Simpson together with other suspects were denied bail on Thursday, November 4, 2021 over the alleged fake publication of the kidnapping of 26-year-old Stephanie Kumiwaa.

Prosecutor Superintendent Emmanuel Basintale, who spelt out that the charge sheet, prayed the court not to grant bail to the two accused persons who pleaded not guilty to the charges.

The defence Counsel, Mr Ebo Donkor, in his plea, said: “So, A1 must be treated as a victim”, arguing: “The police have not been able to tell the court that it is false that he actually had a relationship with the girl and didn’t publish anything to be guilty of the second count”.

He continued: “For A2, it is very unfortunate for him to find himself here. The fact does not, in any way, suggest that A2 made any false statement anywhere”.

“A2 has never published any false news anywhere.”

The two are expected to reappear in court on Tuesday, 16 November 2021.

The Takoradi Divisional Police Command recently launched investigations into the alleged kidnapping of the 26-year-old woman.

The incident was alleged to have taken place on Sunday, 17 October 2021, and was published in the media.

A statement issued by the Ghana Police Service and signed by its Western Regional Head of Public Affairs Unit, Deputy Superintendent of Police (DSP) Olivia Adiku on Wednesday, 3 November 2021, however, revealed that the incident was false.

“Checks at the Mpohor Police District Command indicated that no such case had been reported there.”

According to the police, following the publication of the incident, it arrested the “alleged boyfriend of the victim, 33-year-old Stephen Kumi” and one other person, Paa Kwesi Simpson, “who published the story” to assist them with investigations. They were later arraigned.

Book runnners of Media General of which Connect FM is a subsidiary promised to appeal bail application filed by lawyers of Paa Kwesi Simpson.