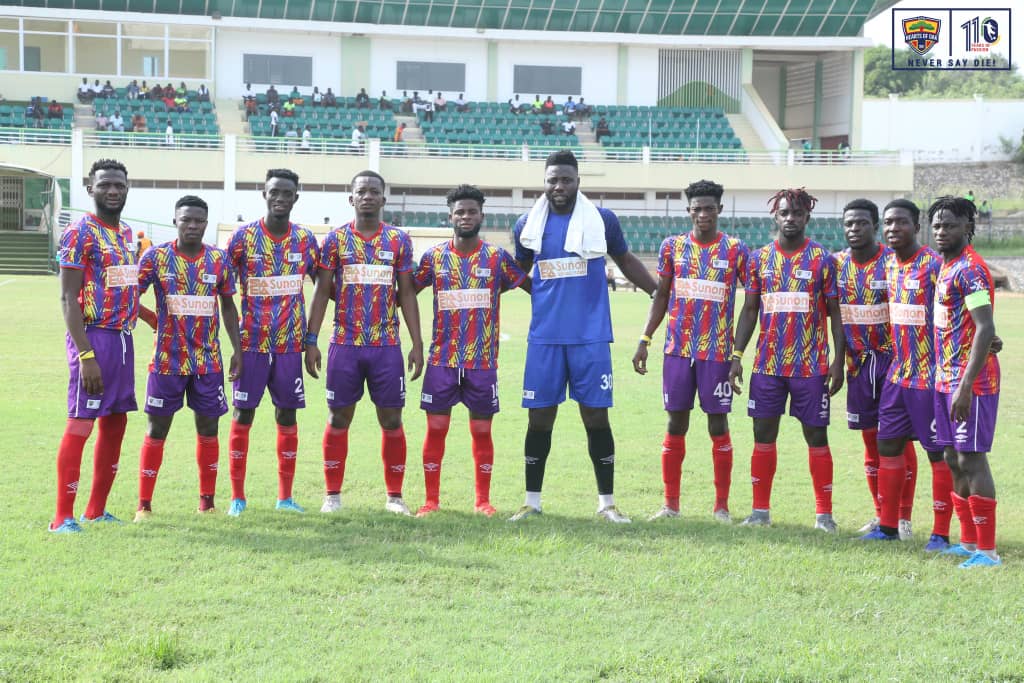 MTN FA Cup: Hearts brushes aside Lions to make it to round 32

Defending MTN FA Cup champions, Accra Hearts of Oak began their title defense with win, after defeating their city rival Accra Lions by Salifu Ibrahim only goal at Dansoman on Wednesday to progress to the next stage.

The match was repeated or revenged because the two sides met in the Ghana premier League week 9 at the Cape Coast Stadium, where Hearts the home side won by two goals to nil.

Again, today at the Dansoman, Liberty park, Hearts did not leave any stone unturned as they defeated Accra Lions by a goal to nil.

It was a difficult encounter from the blast of the whistle as both team were determined to carry the day.

They both created goalscoring opportunities but couldn’t make good use of them.

The glorious moment came for Hearts in the 22nd minute when Kofi Kordzi assisted Salifu Ibrahim to draw the first blood for the Phobians.

Lions came into the game strongly in the second half but couldn’t get the equalizer.

Hearts of Oak has advanced to the round of 32 of the MTN cup competition.