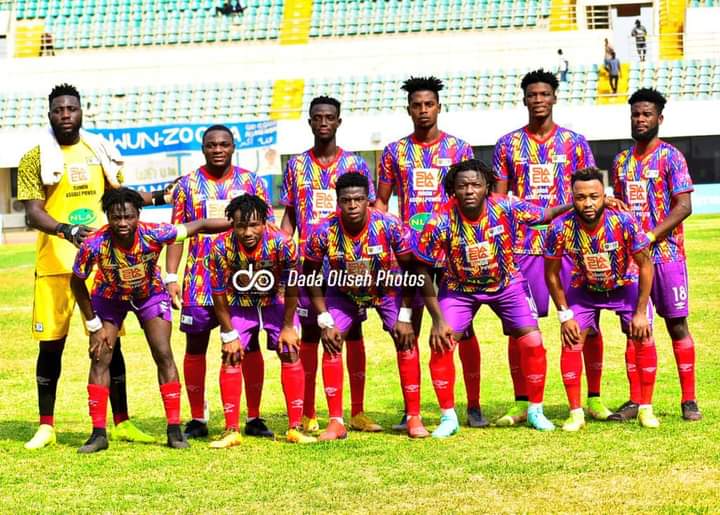 The defending champions of the MTN FA Cup Accra Hearts of Oak survives a scare from Elmina Sharks to qualify for the quarter-final after beating them 8-7 on penalties after 2-2 in regulation time at the Accra Stadium on Sunday evening.

Hearts started the game on good note and got a goal in the first after Isaac Mensah gave them the opener.

After th recess Elimina Sharks got their equalizer through Ismael Antwi.

Sharks then took the lead in the dying embers of the game with Ishmael Antwi’s second goal of the night.

Just when people thought it over for Hearts, a substitute Patrick Razak was brought down in the 18-yard box and the referee pointed to the spot.

Striker Kofi Kordzi stepped up and sumptuously put the ball at the back of the net for the equalizer.

It has to be decided by a penalty shootout. Hearts missed the first penalty but went ahead to win by 8-7 to qualify for the next stage.