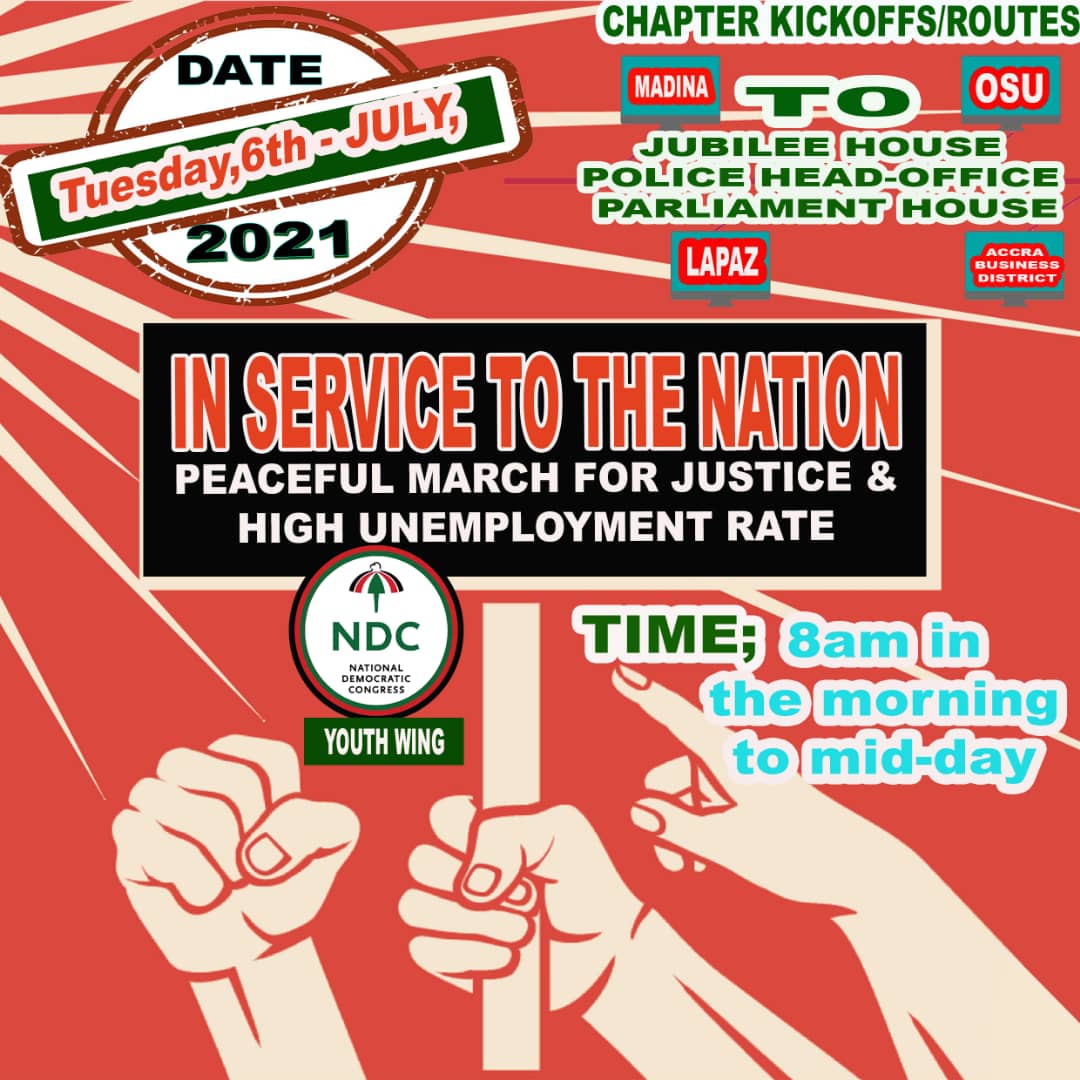 Youth Wing of the National Democratic Congress (NDC) has formally notified the IGP James Oppong-Boanu over their upcoming demonstration scheduled for July 6.

Known as ‘A March for Justice’, the protest by the biggest opposition party youth wing is meant to demand justice for all persons brutalised and killed by state sponsored thuggery, police and military.

According to National Youth Organiser of the NDC Lawyer George Opare Addo, the “protest among other things seeks to demand social justice for unemployment youth in the country.

Meanwhile, leadership of #FixTheCountry Movement, Economic Fighters League and the IGP are currently locked up at a crunch meeting over their intended protest.

#FixTheCountry Movement planned protest hits a deadlock after the police secured a court order based on Ex-parte motion to stop it. This order was set aside by the Supreme Court after the movement proceeded to the Apex Court insisting that the High Court judge erred. The procedural error cited for the Supreme Court decision to quash the High Court order was that an Ex-parte (in the absence of the other party)
motion cannot legally be used to place perpetual restraining orders on demonstration because it borders on human rights.

The police subsequently filed a motion on notice to stop the #FixTheCountry Movement protest but was thrown out by the court.

In view of this, leadership of #FixTheCountry Movement has been lacing their boots to stage the long existing protest to drive home the needy to immediately fix issues facing the country.