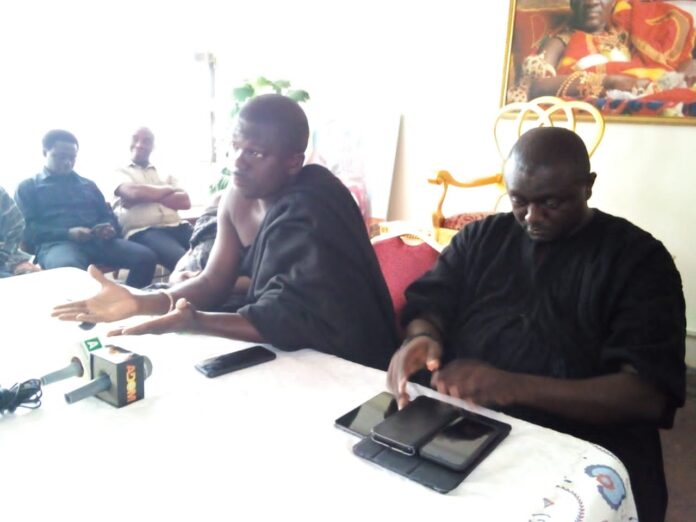 New Juaben Traditional Council has placed a one-month embargo on noise-making and all other social and religious activities associated with noise making to pave way for the funeral rites of their two late chiefs.

The latest ban on noise-making forms part of tradition and custom for the final funeral rites and burial of the late Omanhene of New Juaben Daasebre Professor (Emeritus) Oti Boateng II and the late Queen Mother Nana Yaa Daani which has been scheduled to take place between the 13th of May and 18th of May 2022.

Daasebre Professor (Emeritus) Oti Boateng joined his ancestors on in August 2021 whilst the Queen-Mother died the first week of January 2022.

Addressing the media on Monday, March 28, 2022, the Gyaasehene of New Juaben Traditional Area Nana Twumasi Darkwa said, as part of measures put in place to have a befitting burial ceremony “Doti yie” for the late Omanhene and queen mother, effective 18th April to 18 May 2022 there will be a ban on drumming, wedding, funeral, and any other activities which likely create noise in the New Juaben Traditional area.

He added the traditional council has again placed a ban on all brisk business activities in the new Juaben with the exception of food sellers and chemicals shop operators.

He said anyone who defaults will have his or her goods seized by a task force that will go round to ensure compliance.

The Gyaasehene admonished that, within the said date of the final funeral rite, all sympathizers, loved ones and the people of New Juaben Traditional Area should be clad in the usual traditional red and black dresses to mourn the late Omanhene and the Queen-mother.