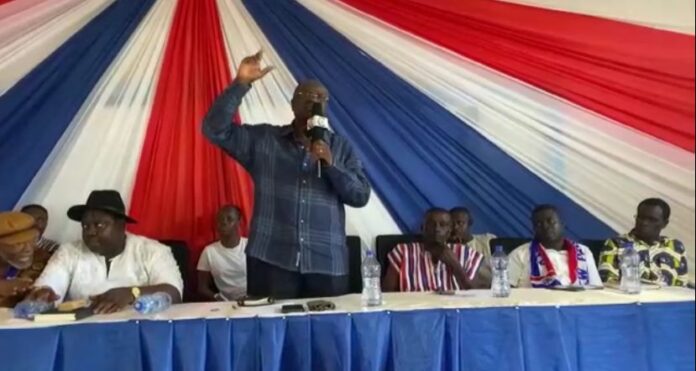 Member of Parliament for Asante Mampong who doubles as Deputy Minister for Foreign Affairs, Kwaku Ampratwum-Sarpong says the NPP party will lose miserably if elections were held today.

Addressing some party members, Mr. Ampratwum-Sarpong indicated breaking the 8 mantra will not be easy because the excruciating economic situation is across the country.

“I am on the ground, I know what is going on and hear what my constituents are saying and I know what they are saying out there in Accra, the middle class, lower class you name it. Today I’m talking about today’s matter. Today we have an uphill task, a big task,” the Deputy Foreign Affairs Minister disclosed.

Vice President Mahamudu Bawumia has told supporters of the New Patriotic Party last year in Kumasi at its National Delegates Conference that ‘breaking the 8’ will be difficult but a possibility if they work together.

The Vice President said the NPP has an enviable track record of performance as compared to the opposition National Democratic Congress.

“Breaking the 8 will not be easy, it has not been done before in our history but if we stand together it is possible and it will be done,” he said a thunderous applause from party supporters.

In this article:- Deputy Minister,miserably if elections are held today,NPP will lose