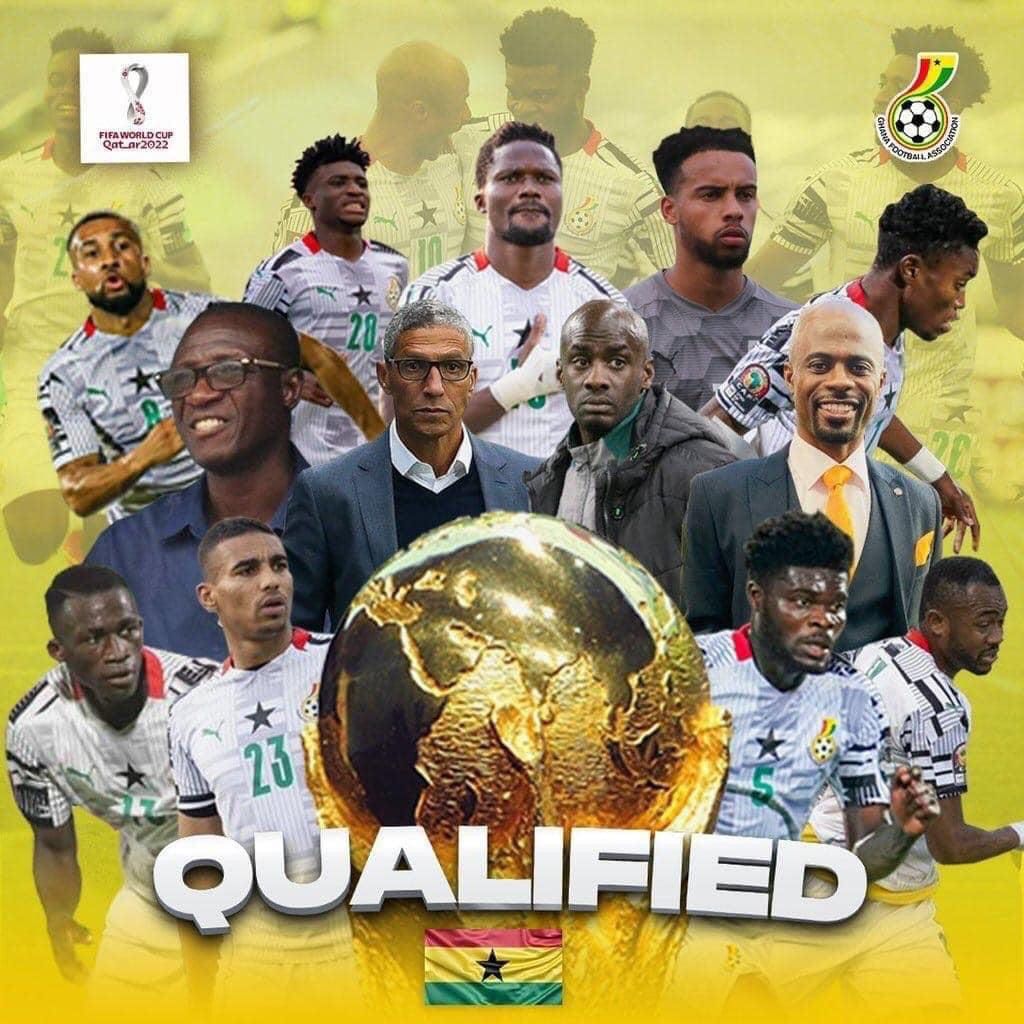 Qatar 2022: Ghana sails through  away goal rule after 1-1 draw with Nigeria

Black Stars of Ghana qualified for the World Cup in Qatar this year, after playing out 1-1 draw game at Moshood Abiola Stadium in Abuja, Nigeria on Tuesday.

The captain of the day, Thomas Partey opened the scores for Ghana in the early hours of the game.

But the Super Eagles responded positively with pressure which resulted to a penalty which was scored by William Troosi Ekong in the 22nd minute.

The super Eagles continued the pressure, but for VAR, they would have been up by two goals to one before the break.

But their second goal was flagged offside by video Assistant Referee.

The second half changes from Otto Addo stabilize the midfield of the Black Stars and minimize the pressure from the Super Eagles.

The Nigerians kept knocking but couldn’t create any goalscoring chances to win the game.

The first leg at the Baba Yaro stadium in Kumasi ended goalless drawn. Which means Ghana is now qualified on away goal rule after 1-1 on aggregate.