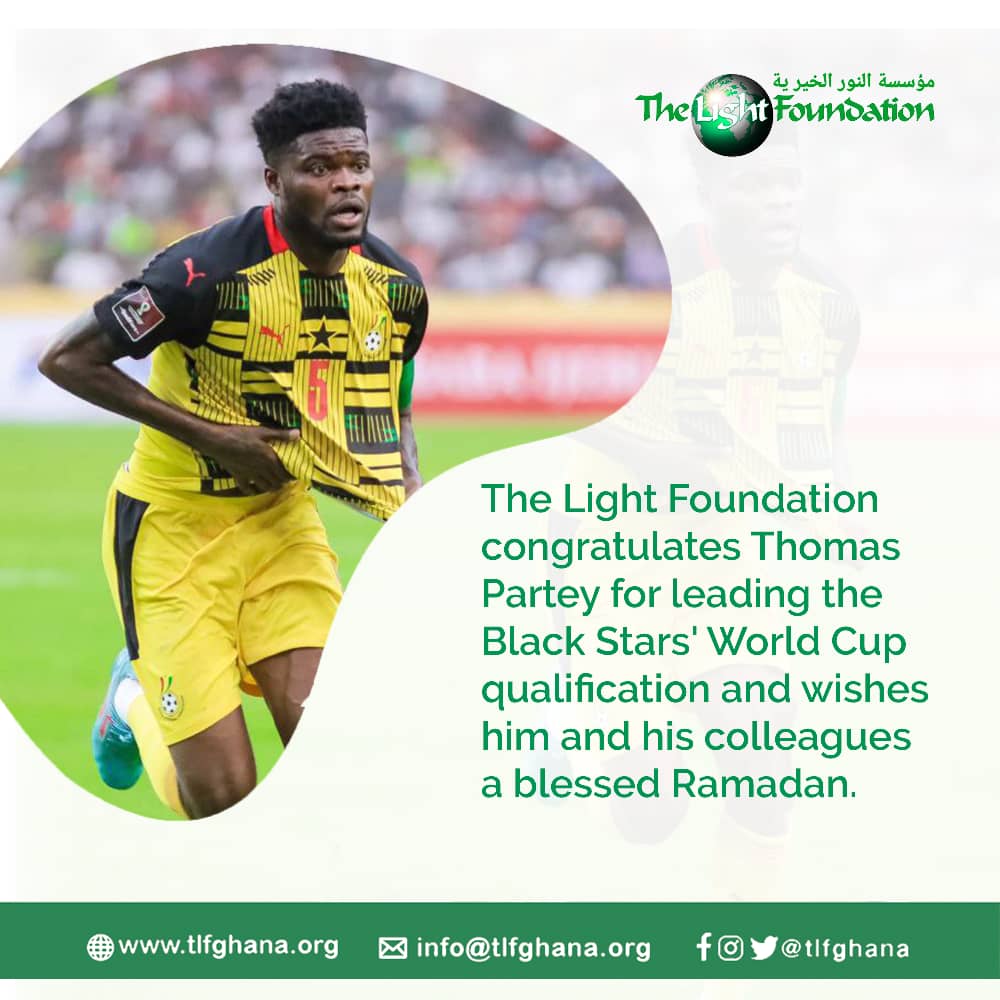 As Ghana joins Muslims worldwide to observe the period of Ramadan, Humanitarian and non-governmental organisation, The Light Foundation (TLF) has congratulated Thomas Partey and his colleagues for playing outstanding role by putting up splendid performance and leading Ghana Black Stars’ qualification for the 2022 World Cup in Qatar.

Thomas Partey, Captain of the Ghana Black Stars during the second legof World Cup playoffs in Abuja, Nigeria against Super Eagles, scored crucial goal that puts the national succer team on the path of victory, booking a spot at the Qatar 2022 Work Cup tournament.

Partey, helped Ghana to overcome all odds to make it to Qatar 2022 and will be facing Portugal, Uruguay and South Korea at the biggest football tournament after the draw held in Doha, Qatar on Friday April 2, 2022.

Ghana reached the World Cup for the fourth time after forcing their arch-rivals Nigeria to a 1-1 draw in Abuja, to qualify on the away goals rule.

The first leg of World Cup qualifiers ended 0-0 at the Baba Yara Stadium in Kumasi, the Garden City of Ghana.

Born on June 13, 1993, Thomas Teye Partey, is a Ghanaian professional footballer who plays as a midfielder for Premier League Club Arsenal and the Ghana national team.

Partey began his professional career at Spanish Club Atlético Madrid in 2013, going on loan to Mallorca and Almería, and returned to Atlético in 2015, with whom he won the UEFA Europa League and UEFA Super Cup in 2018.

In 2020, he joined Arsenal in a transfer worth £45 million (€50 million), becoming the most expensive Ghanaian player of all time.