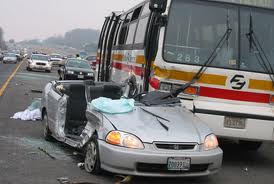 Driver, Vehicle and Licensing Authority (DVLA) says it will hit-hard at drivers using fake licenses and has warned the public to reject services of middlemen known as ‘goro boys’ in the licenses’ acquisition process.

According to DVLA, the ‘goro boys’ do not go through standard procedure when acquiring licenses for applicants. The authority is convinced that most fake licenses in circulation were processed by ‘goro boys’.

Speaking in an interview monitored by African Editors on Sunday 4 July 2021, Deputy Director in-Charge to Training, Testing and Licensing Joseph Clifford says there is urgent need to differentiate ‘goro boys’ from DVLA Officials.

“There is always announcement that nobody should be dealing with ‘goro boys’ at the DVLA because when you do, they will end up giving you fake licenses as if it’s genuine. At the end of the day, the police will know the fake one when you are on the road and this is a total embarrassment”.

Mr. Joseph Clifford noted that “the danger is that when you are involved in accidents, insurance companies will ignore you if you have fake licenses. They’ll verify at DVLA and if it’s fake, you’ll not get your claims and entitlements”.