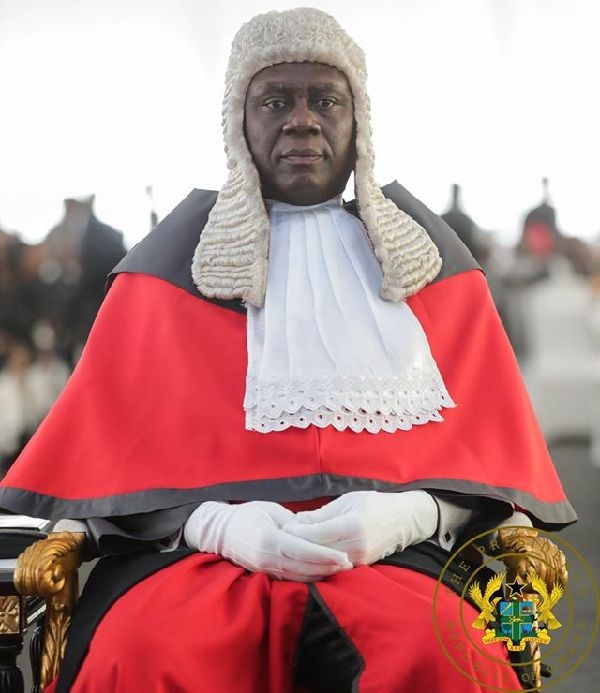 Intense pressure is being mounted on Chief Justice His Lordship Kwasi Annin Yeboah to immediately step aside as the Chair of the General Legal Council (GLC) over $5million bribery allegation against him pending investigation into the matter.

A Ghanaian Lawyer Kwesi Afrifa in his response to petition brought against him at the General Legal Council by Nana Ogyeedom Obranu Kwesi Atta VI leveled allegations against Chief Justice Annin Yeboah.
According to Lawyer Afrifa who is being investigated by the General Legal Council, the Chief Justice demanded $5 million to help his then client Nana Ogyeedom Obranu Kwesi Atta VI to get favourable outcomes from his pending matter at the apex court.

The allegation spelt out that nana ogyeedom obranu atta vi revealed to his former Lawyer Kwesi Afrifa that the Chief Justice Annin Yeboah had demanded $5million from him to help him win a case he had at the supreme court.

Speaking in an interview monitored by African Editors on 11 July 2021, Madina MP Lawyer Francis Xavier Sosu said “For the public to hold the office of the chief justice and the judiciary in high esteem, there must be some firm action. President Akufo-Addo must pay serious attention to the matter, the Chief Justice is the Chairman of the General Legal Council and will create serious doubt if he remains in the position during investigation into the allegations”.

Meanwhile, a civil society group, ASEPA has petitioned parliament to set up a committee to probe the bribery allegation against the Chief Justice.

On the contrary, the Chief Justice Annin Yeboah has denied ever demanding or receiving any bribe from one Ogyeedom Obranu Kwasi Atta IV, a plaintiff in a case at the courts, a statement issued by the Judicial Service on Monday, 12 July 2021 and signed by Justice Cynthia Pamela Addo, Judicial Secretary, has said.

According to a statement issued by the CJ, however, said: “HisB Lordship is saddened that without any shred of evidence, his name has been dragged into this sordid and potentially criminal matter”.