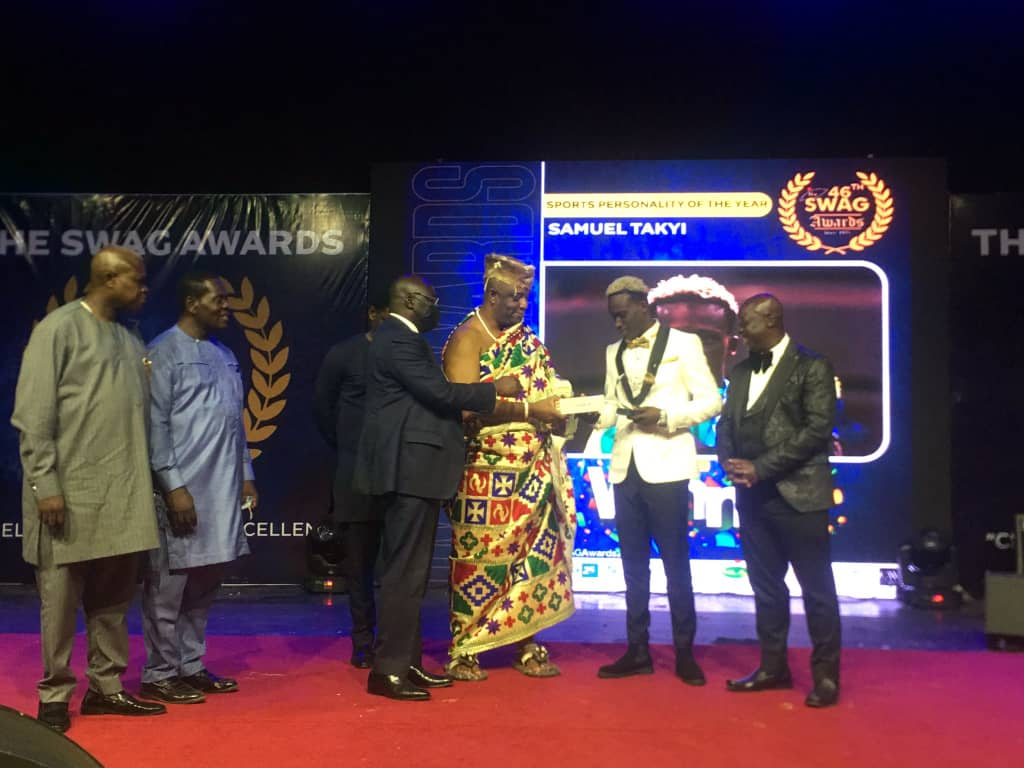 Sports Writers Association of Ghana (SWAG) last night held the 46th edition of their annual awards ceremony at the International Conference Center in Accra with the Vice President of Ghana Dr Mahamudu Bawumia and the GA Mantse Nii Tackie Teiko Tsuru II been the guests of honor.

The ceremony was also graced with many top personalities , the Youth and Sports Minister, Hon Mustapha Ussif, th Tsuru II, the Chief of Asogli Traditional Area and Hearts of Oak board chairman, Togbe Afede XIthe SWAG President and renowned Sports Journalist Kwabena Yeboah and may more.

Amateur boxer Samuel Takyi, 21, who made Ghana proud in last year’s Olympics games in Tokyo, was adjudged the overall Sports personality of the Year.

A boxer Samuel Takyi, 21, put smiles on the faces of Ghanaians after winning a first medal for team Ghana in Olympics games after defeating 32year Colombian David Ceiber Avila in a 3-2 split decision in 2020 Olympics in Tokyo, to become the first Ghanaian Athlete to win medal since Ghana won a medal in Barcelona 1992.

Takyi became the first boxer to win a medal for Ghana since Prince Amartey won bronze in Munich 1972.

Below is the full list of winners of the 2021 SWAG Awards:

Check The Full Winners Of The 46th SWAG Awards Below:

Hasaacas Ladies – Team of the year

Fatawu Issahaku – Discovery of the Year