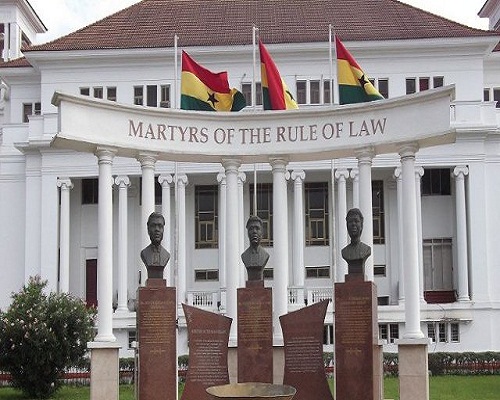 Ghana’s Supreme Court has by 7:0 decision thrown out the Minority’s application for interlocutory injunction on the implementation of the 1.5 percent E-levy.

The Minority Caucus petitioned the Supreme Court for an order of interlocutory injunction to restrain the Akufo-Addo-led government through the Ghana Revenue Authority (GRA) from commencing with the implementation of the Electronic Transfer Levy (E-Levy) on the 1st of May 2022.

The Supreme Court in its ruling today, Wednesday, May 4, 2022, ordered the Ghana Revenue Authority to keep accurate records of all e-levy deductions to enable a refund to payees if it is later determined that the law was passed unconstitutionally.

The plaintiffs had filed an earlier suit at the apex court challenging the passage of the e-levy bill by a one-sided parliament.

They claim the number of legislators in the chamber when the bill was passed did not form a quorum as declared by the Supreme Court.

The opposition MPs want the Supreme Court to set aside the passage of the e-levy bill by the 136 MPs of the Majority Caucus present in the chamber of parliament on 29 March 2022 as unconstitutional, null and void.

They wanted the court to stop the commencement of the levy until the final determination of the first case of declaring the levy as null and void.

Meanwhile, plaintiff in the matter Lawyer Mahama Ayariga insists the e-levy is illegal, unconstitutional and should be stopped. “.

But, former Deputy Attorney General and Minister of Justice Joseph Dindiok Kpemka says the ruling of the Supreme Court was based on the principle of whether or not an irreparable damage will be caused if the injunction is thrown out.