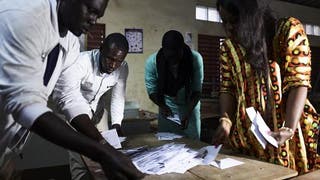 In Senegal, local elections are taking place on Sunday in what many see as a test for President Macky Sall as well as the opposition.

Several government ministers are running for mayor in Senegal’s more than 500 municipalities and 46 departments.

Ahead of the vote, Dakar residents share their expectations.

“In Dakar, for some it is well maintained because there are green spaces, there is security as in the city of Dakar, but on the other hand in the suburbs, you don’t find all that. There is vagrancy, banditry, aggression, insecurity and pollution. We expect the mayors who will be elected to remedy all this”, said N’Deye Kadi Fall.

“If tomorrow in Dakar, we have a mayor who is an opponent of the state, the state should let this mayor work because cities should be managed by mayors, whatever their political position…”.

Health Minister Abdoulaye Diouf Sarr, an ally of the president, is running for mayor of Dakar.

He is facing five opposition candidates, including harsh Sall critic Barthelemy Dias, who is involved in a court case over his alleged connection to a shooting in 2011 within the Francophone West African country.