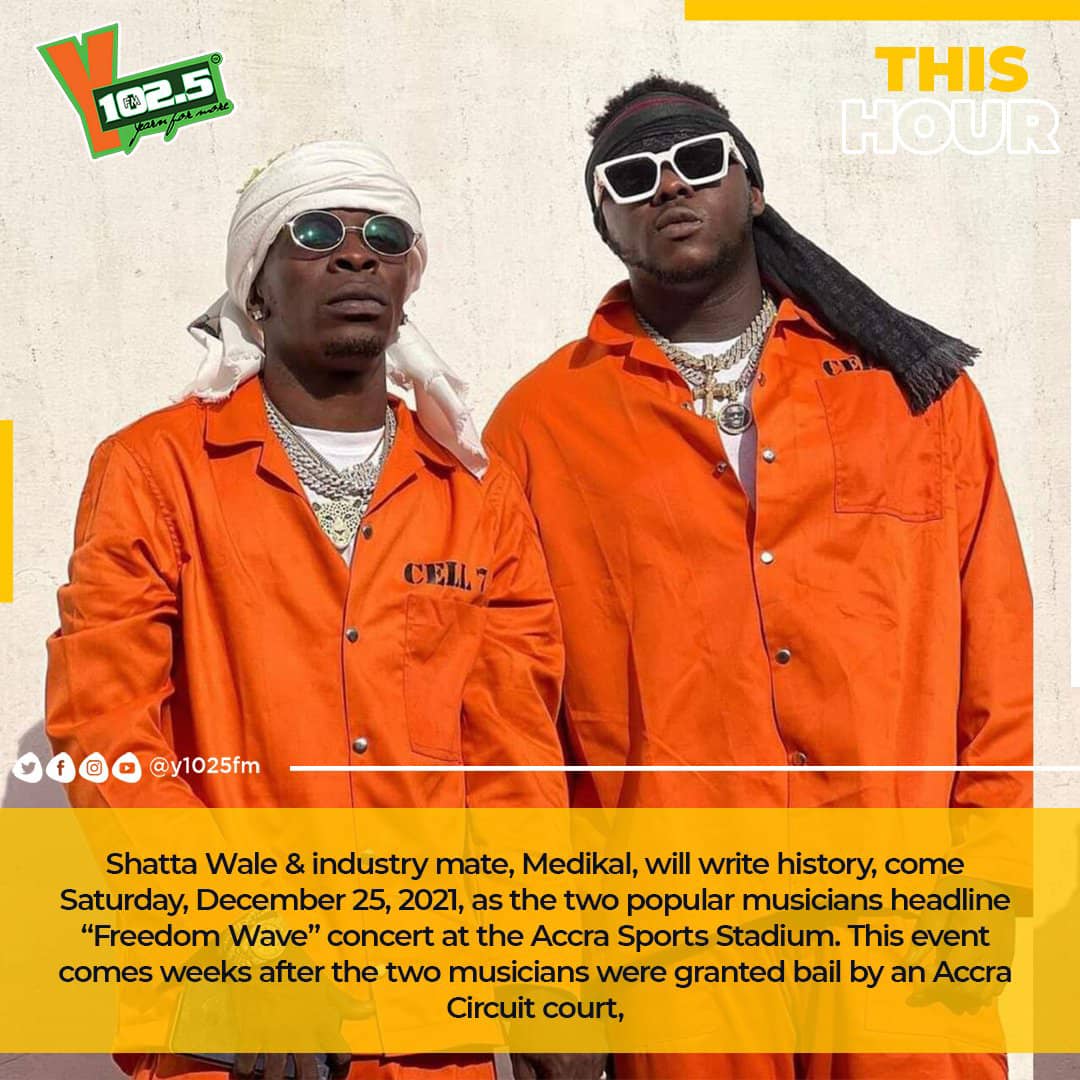 African Dancehall King, Shatta Wale and his colleague artiste Medikal are ready to thrill their fans in Christmas concert dubbed freedom Wave at Accra Stadium on Christmas day, 25th December 2021 and it promises to be one of the best shows that ends with the A list artistes bail to perform.

Shatta Wale and Medikal’s friendship shot to another level after Wale was arrested over shooting prank and Medikal’s effort to use social media to get his friend release landed him in trouble. He was also arrested for brandishing guy on social media.

They were later granted bail by the Court. Both artiste have been fronting so many projects together, and even launched new slogan, Deeper Than Blood( DTB) to which the love shown each other is deeper than biological siblings.

They have been seen many stages entertaining their fans with their electrifying performance.

Heroes park at the Baba Yara Stadium in Kumasi saw both thrills fans at the show organized by Taabea Company Limited, and many other within this short period.

The big one is here, the show everyone has been waiting for. It happens on the Christmas day, 25th day of December, 2022 at the Forty thousand seater capacity, Accra Sports Stadium.

The show is dubbed Freedom Waveheadline by Shatta Wale and Medikal, with a lot of A list artiste bailed to perform;
Mr. Drew, Fameye, Joey B, Sefa, Kelvin Boy, Jupiter, Captan, Keche, Amerado Darko Vibes, and many more artistes who will thrill fans with their scintillating performance, you can’t afford to miss.

It’s so cool to make your way into the Stadium on Saturday, 25th December, you need just 10 or 20 cedis.

Look no further, Accra Stadium is the venue of attraction on Christmas day.