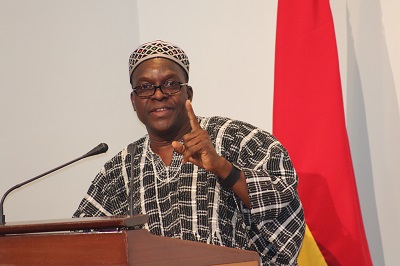 Roads and Highways Minister Kwasi Amoako Atta is in trouble and risks of facing contempt of parliament charges for usurping powers of the lawmaking house after he unilaterally arrogated to himself authority he did not have to suspend collection of road tolls across Ghana.

The latest order by the the Speaker follows a statement by Minority Leader, Haruna Idrissu who contended that once the house has not approved the budget statement as delivered by Finance Minister, Ken Ofori Atta last Wednesday the Roads and Highways Minister has no authority to suspend the collection of road toll.

Finance Minister during the delivering of the 2022 budget statement last Wednesday announced the suspension of road tolls across Ghana.

It’s important to anchor the point that such executive decision requires parliamentary approval before implementation.

It’s against this background that, the directive to suspend road toll overnight has received a backlash and growing agitations from the public including workers.

But, Majority Leader, Osei Kyei Mensah Bonsu argued the Minister acted in good faith because they had intelligence of pending chaotic scenes likely to break out at various toll booths upon the announcement by Ken Ofori-Atta yesterday.

However, the Speaker was of the view that the budget statement presented in respect of 2022, must be approved by Parliament to give green light for implementation and that the Minister erred.

He directed the Roads and Highways Minister to immediately withdraw, reverse his decision or face contempt of parliament charges.