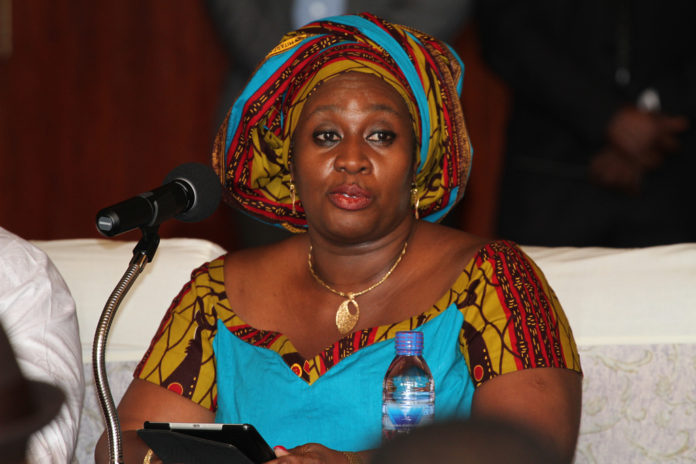 The prosecution has advocated for a trial in absentia of former Chief Executive Officer (CEO) of Micro-Finance and Small Loans Centre (MASLOC) Sedinam Ationu Tamakloe who has been absent from court since October last year.

Trial in absentia means conducting a trial when an accused person willfully absents his/herself from the court and has surrendered his right to be present in the trial.

The former CEO was granted permission to travel to America for medical examination by the court sometime last year but has since not returned.

The Financial and Economic Court 2 of the Accra High Court has since issued a bench warrant for her arrest.

In court on Monday, for the first time in 2022, the prosecution led by Stella Ohene Appiah, a Principal State Attorney said, the conduct of the first accused person is to “avoid the trial.”

“Her (Lawyer) does not know when A1 (Sedinam Tamakloe) is coming back and doesn’t know the medical condition of A1. This is a criminal trial. This accused person is just trying to avoid trial. She should be tried in absentia. The prosecution has just two hours to examine her,” she told the court.

For his part, Counsel for Sedinam Mr Kwesi Agbesi Dzakpasu argued that “it is not as if A1 just got up and run away” but “she made a formal application to the court.”

Counsel prayed the court to oblige his client sometime.

The court presided over by Her Ladyship Justice Afia Serwah Asare-Botwe said she will adjourn the case for two weeks.

The former MASLOC CEO and Mr. Axim have been dragged to court for allegedly stealing, causing financial loss to the state to the tune of GH¢93 million, among other charges.

Together, the two are facing 78 counts of charges including conspiracy to steal, stealing, unauthorised commitment, resulting in a financial obligation for the government, improper payment, money laundering and contravention of the Public Procurement Act.

The two accused persons allegedly stole a total amount of GH¢3,198,280 while at MASLOC and willfully caused a GH¢1,973,780 financial loss to the State.

Again, Ms. Attionu and her accomplice while in charge of MASLOC allegedly made unauthorized commitments resulting in financial obligations for the government to the tune of GH¢61,735,832.50.