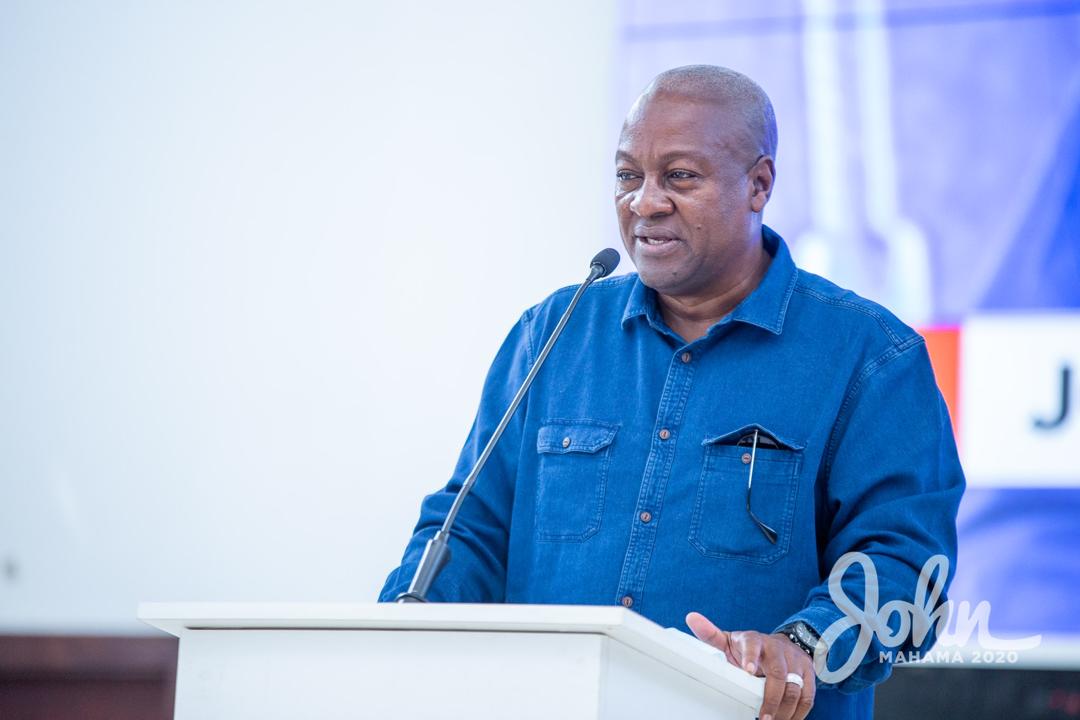 The Legal Affairs Directorate of the National Democratic Congress condemns in
no uncertain terms the rather unwarranted scathing attacks by the Attorney- General, Godfred Dame on former President Mahama at the ongoing Bar Conference in Ho. Mr. Dame’s unjustified outburst is characteristic of the arrogant posturing of his boss, Nana Akufo-Addo and his failing government that is allergic to divergent views and opinions on national issues. We are not surprised because, many citizens who have been critical of the Akufo-Addo’s government have suffered one form of attack or another from this intolerant government. Godfred Dame’s partisanship and bias as an NPP member is not in doubt. However, one would have thought that he would be mindful of his position as the Minister for Justice and leader of the Bar which requires that he demonstrates a certain degree of maturity required of him by virtue of his position. Unfortunately, that is not the case.

Sometimes, Mr. Dame speaks like a typical NPP foot soldier other than a lawyer and for that matter the Attorney-General. Again, his choice of the Bar Conference to make such pronouncements is rather disrespectful to
lawyers and the legal profession to say the least. Before we address the substantive issues raised by Godfred Dame, we must state that the Attorney-General through his outburst has finally confirmed our long held suspicions about his competence as a lawyer and Attorney-General in his
appreciation of the law. Mr. Dame’s analysis and appreciation of the key issues in 2020 election petition case of President Mahama is not only pedestrian but pathetic.

It is rather curious that the Attorney-General’s appreciation of the election petition was on ‘wrong aggregation of votes’ and ‘vote padding’. We wish to encourage Mr. Dame to go back and read the petition again. For his education, the Petitioner’s case was anchored on the fact that the declaration made by the Chairperson of the
Electoral Commission and Returning Officer in the Presidential Elections fell short of the requirement in Article 63(3) which states that “A person shall not be elected as President of Ghana unless at the presidential election the number of
votes cast in his favour is more than fifty per cent of the total number of votes cast at the election”.

This was apparent on the face of the declaration made by the Chairperson of the Electoral Commission. Unfortunately the Supreme Court, failed to allow the Chairperson to enter the witness box to demonstrate to Ghanaians how she ended up causing such an embarrassment to the people of Ghana in her declaration. Today, this question still lingers on the minds of many Ghanaians. No wonder citizen’s trust in the Electoral Commission keeps declining. We are therefore not surprised that the recent Afrobarometer report published by the Ghana Center for Democratic Development (CDD) has revealed a decline in citizen’s trust in the Judiciary by 21 percentage points between 2012 and 2022.

Therefore it begs the question how former President Mahama’s observations about the judiciary and calls for reforms in the face of the declining trust in same could be seen as an attack on the judiciary Ghana’s National Security Strategy in its risk analysis has identified mistrust in the judiciary as a major threat to Ghana’s democratic stability. This therefore requires reforms that would restore citizen’s trust in such an important institution. Every well meaning Ghanaian must be concerned about this. Therefore, if former President Mahama, in his own right, expresses his opinion on the state of the Judiciary, why should that warrant an attack from the Attorney-General and Minister for Justice who should rather be concerned about the issues raised and take steps to address them. Just a couple of days ago, H.E. Kamala Harris, Vice President of the United States of America had cause to excoriate the US Supreme Court over Roe V Wade decision. Should that be considered as an attack on the Supreme Court or for that matter the Judiciary?

The Attorney-General must be reminded that Ghana is a democracy; citizens including former President Mahama have the right to freely express themselves. There is no institution that is precluded from scrutiny.