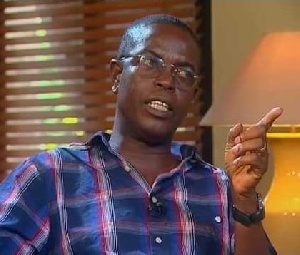 Managing Editor of Insight Newspaper Kwesi Pratt Jnr. says the powers of ministers of state appointed by president akufo-addo are extension of the overall functions of his presidency; government machinery and he hardly escape blame for behaviour of his appointees.

His comment follows petition to parliament and President Akufo-Addo by Youth Wing of NDC to send strong signal of injustice protest after they staged demonstration over rising cases of insecurity-police and military brutalities in Ejura and Wa. Many have argued that President Akufo-Addo’s continues silence on insecurity in Ghana is a matter of concern that cannot be swept under the carpet.

According to Kwesi Pratt, the phenomenon where the military in Ghana continues to open fire on unarmed protestors who hit the street to express their reservations about the abysmal performance of the current government is a serious matter and Ghanaians have the rights to demand that president Akufo-Addo break silence on the alarming cases of insecurity, police and military brutalities.

Speaking in an interview monitored by African editors on Wednesday 7 July 2021, the veteran Journalist Mr. Pratt said “Why should we fear our soldiers who are paid with taxpayers’ money? When George Floyd was killed, the president quickly comments and insecurity is on the rise in his country…so Ghanaians have the rights to demand that he breaks silence on the matter”.

Meanwhile, Deputy National Women Organiser of NDC Maame Efua Sakyi-Addo says “President Akufo-Addo and his Vice Mahamudu Bawumia since assumption of power upon rigged election after subverting the will of voters may be the best husbands to their wives and fathers to their children, selected few and not Ghanaians”.