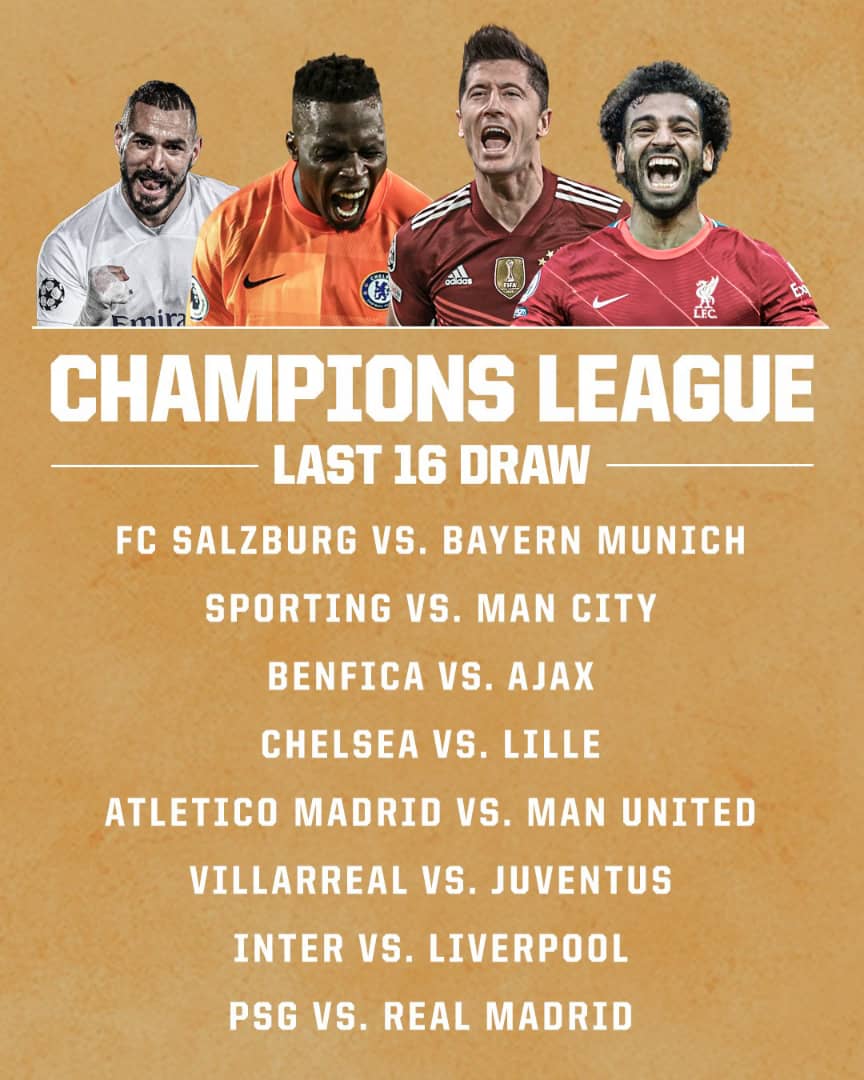 UCL Last 16: Redraw Real Madrid and PSG to face off but Chelsea and Lille to clash

UEFA after initial fiasco has been forced to redo the draw of the last 16 stage of the Champions League where Messi’s Paris Saint Germain( PSG) had been paired with inform Real Madrid, while the defending champions Chelsea will play it out with League one side LOSC Lille.

Earlier, the last 16 stages of the Champions League was held where Manchester United and PSG were paired, Bayern Munich and Atletico Madrid, Chelsea and LOSC Lille, Juventus and Sporting SP, Real Madrid and Benfica, Liverpool and Salzburg, Inter Milan and Ajax and Manchester City and Villarreal.

The first legs of the round of 16 will be played in February and the second legs in March.

In this article:Chelsea and Lille to clash,Redraw Real Madrid and PSG to face off but,UCL Last 16: