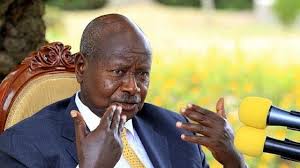 Uganda’s Yeweri Museveni has appointed 139 Presidential advisors and directed that the state must look for money to fund their vehicles.

African Editors’sources have confirmed that the Ugandan Leader Yeweri Museveni’s 139 advisors followed proceeding at a meeting this week in Kyankwanzi during which he took them through orientation on how to advise him.

The Office of the Ugandan President has reported a funding gap of US$1,4 million to enable the purchase of vehicles for the newly recruited presidential advisors, who now total 139.

The appointments brought the number of Presidential advisors to 139.

But for them to be able to occupy these offices and execute their mandate, the presidency says they needed an allocation of up to US$2,5 million. Of this, only US$1 million was provided to cover the cost of renting their offices and allowances.

The money that was not provided was budgeted for the purchase of their motor vehicles, according to State Minister for Economic Monitoring Peter Ogwang.

“All those presidential advisors have their terms of service in the appointment letters,” Museveni’s office told Parliament this week as the Parliament’s Presidential Affairs Committee is currently considering the Budget Framework Paper for the financial year 2022-2023.

“For that matter as the presidency, ours is to coordinate and make sure that they perform to levels and expectations as per what the appointing authority thought it worth to appoint them to work.

“To show you that we’re committed, the presidency has already earmarked offices for most of the presidential advisors. Even salaries….most of them have been embedded in the budget already,” the office said.

Meanwhile, Museveni has urged his advisors to get a clear understanding of the ruling National Resistance Movement (NRM) ideology to be able to aid the success of government programmes, especially wealth creation.

Museveni met his advisors for the first time this week at the National Leadership Institutes, Kyankwanzi, where they had camped for a week.

In his address, however, Museveni explained the four core principles of the NRM ideology, dwelling much on social economic transformation and Pan Africanism, and asked the advisers to monitor government programmes, and also sensitise the public.

Museveni also wants ministries, departments and agencies to periodically engage with his advisers for their input in the implementation of different programmes.

“You as presidential advisers once you have got this contextual background of where we came from, then it is easy for you to find where you can make an input.”

Ugandans under the age of 36 – and that is more than three-quarters of the population – have only known one president.

Yoweri Museveni, who came to power on the back of an armed uprising in 1986, has defied the political laws of gravity which have felled other long-serving leaders in the region.

The 77-year-old’s time at the top has been accompanied by a long period of peace and big developmental changes for which many are grateful. But he has managed to maintain his grip on power through a mixture of encouraging a personality cult, employing patronage, compromising independent institutions and sidelining opponents.

During the last election last year when he addressed the issue of stepping down, he asked: “How can I go out of a banana plantation I have planted that has started bearing fruits?”

Museveni was involved in rebellions that toppled Ugandan presidents Milton Obote and Idi Amin before he captured power in 1986. In the mid-to-late 1990s, Museveni was celebrated by the West as part of a new generation of African leaders.

The the inevitable happened: Museveni’s rule has since been described as dictatorial, although he enjoys cordial relations with Washington which is accused of propping his regime as part of getting control of the East African geopolitical dynamics.