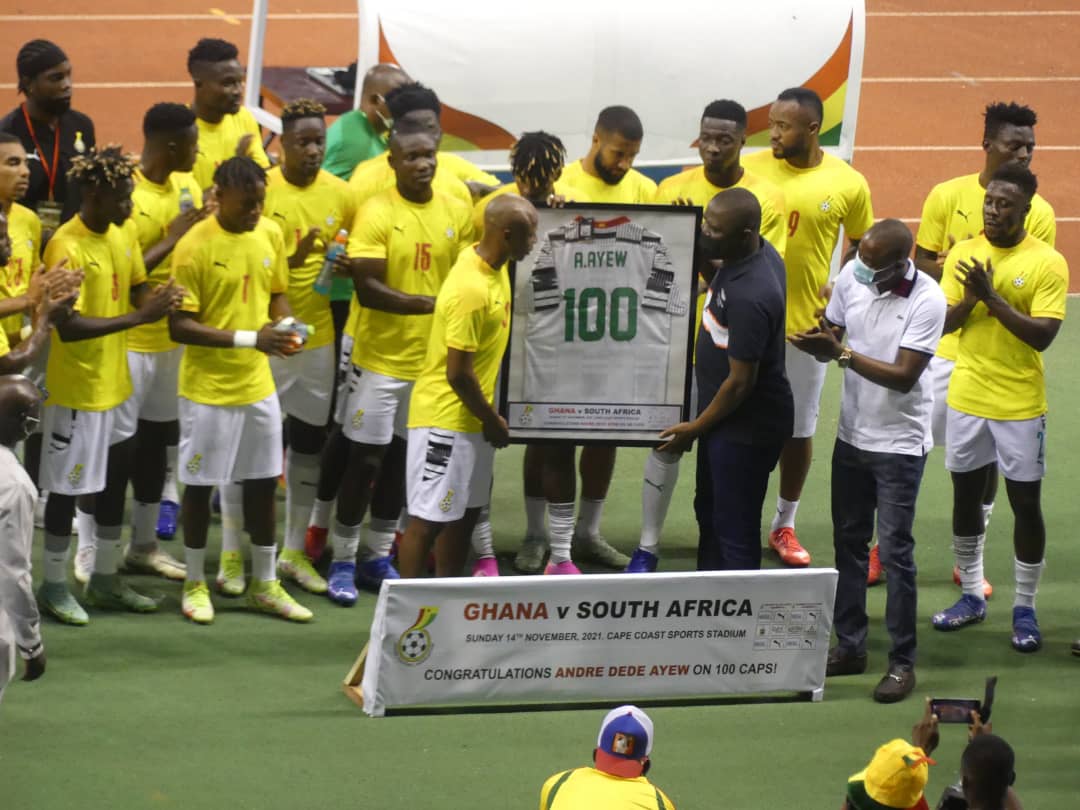 WCQ2022: Dede silenced critics as he sends Ghana to final phase on his appearance 100

Black Stars of Ghana sailed through narrowly to the final phase of the world qualifier after beating South Africa by a goal to nil at the Cape Coast Stadium on Sunday evening.

The captain of the side Andre Dede Ayew who has joined the club 100; marking his 100th appearance for the senior national team, scored the only goal that has taken the team to the final face.

Going into the final group match against South Africa who was at the top, Ghana needed any form of a win to push them into the next face.

The Stars started the match with higher intensity with early incursions. Ghana could have been up by two goals before the 30th minute, but Jordan Ayew and Kofi Kyere clear-cut chances were missed.

The breakthrough came in the 32nd minute when Daniel Amartey was pulled in the penalty box during a corner kick and the referee pointed to the penalty arc.

The captain Andre Ayew stepped up and sumptuously placed the ball at the back of the net to put the Stars ahead.

The South African tried to get the equalizer but that did not see the day.

Obviously, the South African thinks the penalty was so soft and it shouldn’t have stood. Popular sports Journalist in South Africa Robert Marawa took to Twitter to jab Ghanaians over their ill-treatment meted out to their team and the poor refereeing.

The next face will be tougher than this, here are some of the teams Ghana could face in the final stage of the qualifiers in the draw is held next month; Senegal, Morocco, Nigeria, Egypt, Algeria.

In this article:as he sends Ghana to final phase,on his appearance 10,WCQ2022: Dede silenced critics