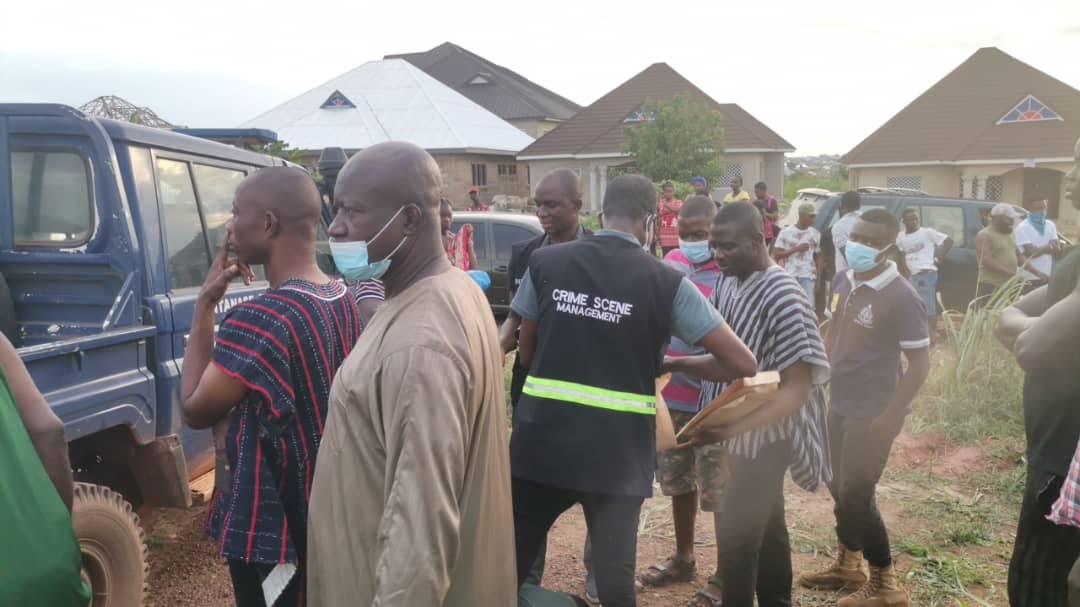 We fear for our lives- Feyiase residents

Residents of Feyiase were thrown into a state of fears in the Bosomtwe District  of the Ashanti Region after they jumped at the news that the body of an Uber driver who doubles as a teacher was found in an uncompleted building in the community.

According to the Assembly Member of the community, the fallen driver is unknown to them in that area.

African Editors is learning that a White Toyota Vitz with registration number GE 3170 was retrieved from the scene.

Also, the search revealed that his head was 20 meters away from his body, alongside his cars keys and wallets with money which remains untampered.

The police has launched investigation into the matter intended to unravel the cause of the departed teacher.