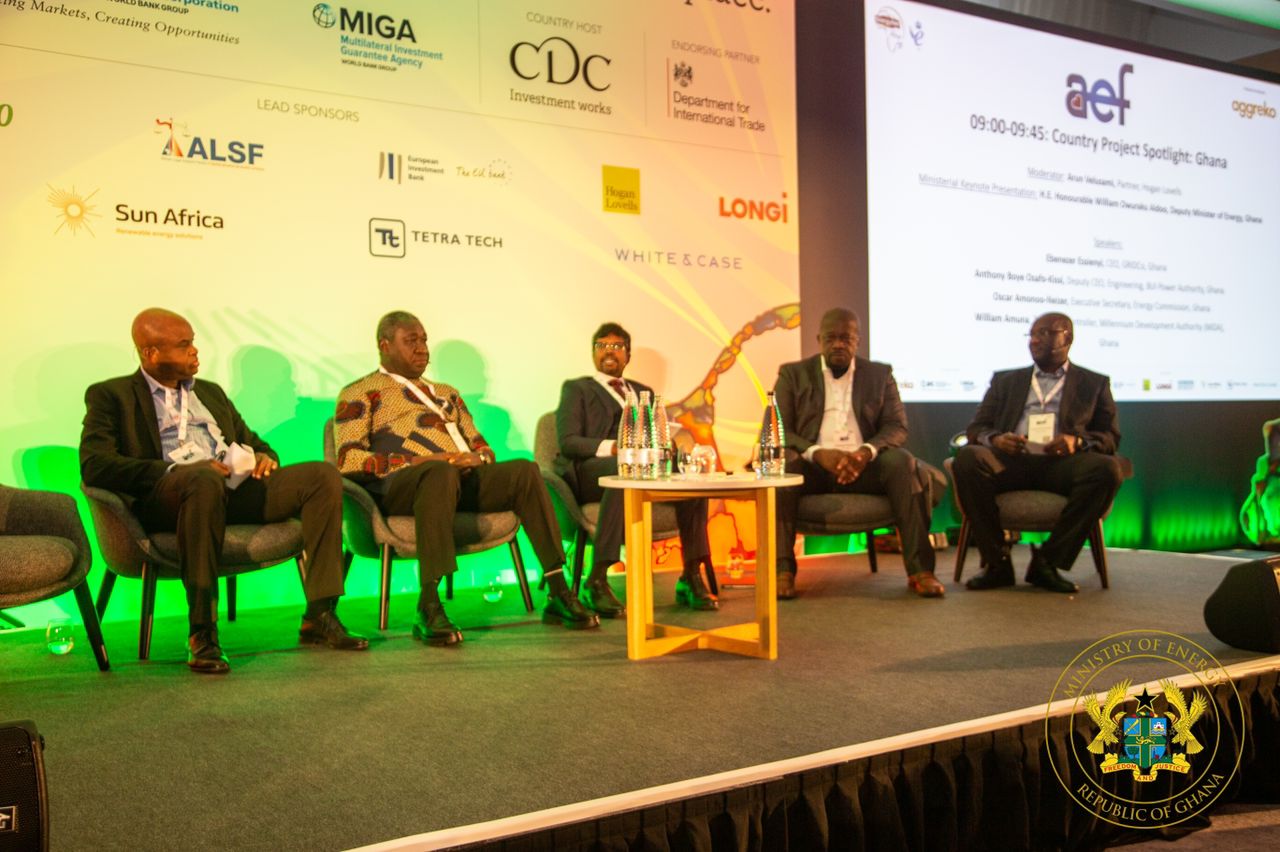 Deputy Energy Minister William Owuraku Aidoo has indicated that based on environmental and commercial considerations, Ghana aims to attain full transition of all thermal generation plants from liquid fuels to natural gas.

He made this revelation when he addressed the African Energy Forum currently taking place in London, United Kingdom. The Deputy Minister, who is also the MP for Afigya Kwabre South, revealed further that liquid fuels would only serve as back up in the event of deficit or curtailment in supply of gas, and that currently, all the existing thermal plants use natural gas as the primary source of fuel except for the 370 MW AKSA power plant which is also making efforts to convert its units from HFO to gas.

“Due to the high dependency of the power sector on natural gas, it is crucial to ensure that there is always security of supply.

The government continues to explore more indigenous oil and gas resources” Hon. Owuraku stated. He added that natural gas supply is further expected to be significantly bolstered by additional 125MMscfd from the Tema LNG Project which is expected to be operational from 2022.

The Deputy Minister also touched on other issues in Ghana’s energy sector, including cost reflective energy pricing, universal access to electricity, increased reliability of electricity and the future of power purchase agreements, among others.

The African Energy Forum is being held from 15th to 17th November 2021 in London under the theme ‘Critical Ongoing Issues in the Energy Sector’ and draws on the relationship between energy, technology, purpose and inclusivity. Participants include representatives of governments, utilities and regulators with development finance institutions, commercial banks, power developers, technology providers, EPCs and professional services.