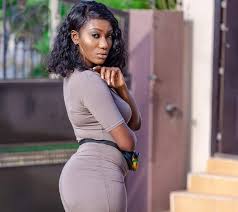 “Masakra” hitmaker
Wendy Shay, has says she has discovered the light after she was confronted with burning personal problems and putting her nose to the grindstone.

In an interview monitored by African Editors on Thursday 15 July 2021, she recounts that these problems were spiritual warfare and it helped her to discover her true self.

“I have now redeemed myself, you know the relationship with God has so many levels, I am not the closest to God, but I am in a level where I trust God entirely as He has shown me his grace and power,” she recounts.

Meanwhile, she had taken it upon herself to reconcile other people to her new found faith.

She announced that she has almost 5 million followers on all her social media handles and it is going to stand her in good stead if she begins to use these media to reach out to them with the Gospel.