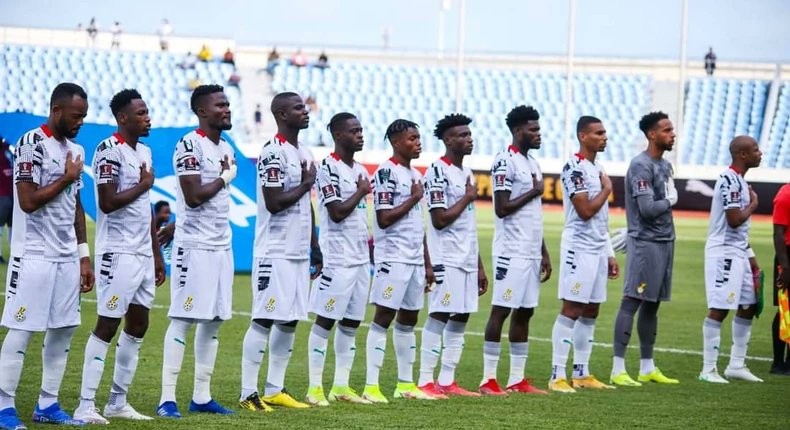 The World Cup qualifier match between Ghana and Nigeria has ended in goalless at the Baba Yara Stadium in Kumasi on Friday night.

To the surprise of many, Black Stars stated on a brighter note, pushing men forward for an early goal.

The game was mostly battled in the midfield, as both teams struggle to create goal scoring opportunities.

In the 24minutes Afena Gyan controlled a ball nicely and layed a nice pass to Fatawu Isahuku, who blasted a shot that was blocked by the Nigerian goalkeeper.

The first half ended with no goal to either side, but Ghana dominated play mostly in the midfield.

The second half started with much more energy and more purpose from the Ghanaian players.

They kept pressing for the opener, but could not avail.
The Nigerian almost got the equalizer in the 55th minute, after Moses Simon controlled a ball nicely in the penalty box of Ghana, but his shot was superbly save by Wollacot.

VAR came to the rescue of Ghana as penalty decision was overturned after the referee whistled for a hand ball against Baba Iddrissu Mohamed in tye 76th minute.

The Black Stars continued to pile more pressure in the last minute with the hope of getting the breakthrough, but the Nigerian defense was solid and resolute.

It ended stalemate going into the second-legged match in Abuja at Nigeria.

The winner of the second league will make it to the 2022 world cup in Qatar.