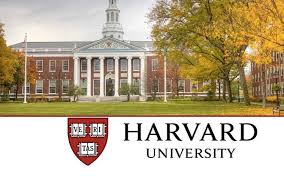 Harvard Law School was ranked No. 4 in law school rankings published Tuesday by U.S. News & World Report, marking just the second time in more than three decades that the elite school was not among the top 3 on the annual list.

A Harvard Law spokesman declined to comment on the rankings.

U.S. News does not publicly disclose its full rankings formula. Available data shows a slight decline from last year in Harvard’s “peer assessment” among legal academics and a slight dip in its graduate employment rate.

“Is Harvard worse of a school today than it was tomorrow? Of course not,” said law school consultant Mike Spivey. “But Harvard will be the buzz.”

U.S. News started ranking American Bar Association-accredited law schools in 1990, which was the only other year that Harvard landed outside the top 3. (It was No. 5 that year.)

The current ranking is based on peer assessments by law faculty and ratings by lawyers and judges, as well as Law School Admission Test (LSAT) scores, undergraduate grade-point averages, employment, and bar passage rates, student borrowing, and per-student expenditures, among other factors.

Law school administrators have criticized the rankings, saying they incentivize schools to funnel financial aid to applicants with high LSAT scores over those most in need. But they are closely watched within the legal academy and among prospective law students and alumni.

Harvard was not the only school to move places in the latest list.

Among the so-called T-14 schools, which are the top 14 in U.S. News’ ranking, New York University School of Law slipped one spot to No. 7 after being No. 6 since at least 2011. Duke Law School and Northwestern University Pritzker School of Law each fell one position to No. 11 and No. 13, respectively.

Georgetown University Law Center rejoined the T-14, ranking at No. 14 after falling to No. 15 for the first time last year.

It is important to anchor the point that the Law School Rankings by U.S. News started in 1990, grading American Bar Association-accredited law schools.

In this article:Harvard drops,out of top 3,Yearly law Sch Rankings: