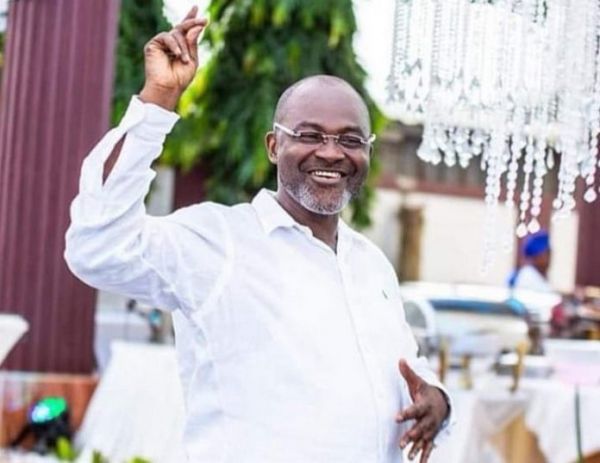 Firebrand Assin Central Member of Parliament Kennedy Agyapong who wrestled a stronghold seat of the National Democratic Congress (NDC) and made it New Patriotic Party (NDC) has this weekend proven the reason behind his succeess at where many failed.

In what appears to be a long held conviction, the vociferous NPP MP is committed to paying an amount of US$84,000 yearly for seven years to cater for the Havard University in US fees of the son of a rather well-known NDC man within the Assin Central Constituency. Ken Agyepong is jumping to the help of the young boy at an exchange rate of GHC6.5,equivalent to over GHC3.8million.

Apart from that, the lawmaker says ” education is something he cherishes so much and doesn’t discriminate based on gender, religion or political party when helping. He said so far as the child is brilliant, “bring him or her, I will help; I don’t care about the party or religion or whatever”.

Based on his decision, the MP awarded full scholarships including one which went to the son of Hon. Asofia, a well-known NDC Assemblyman for Juaso Electoral Area in Assin. The young boy attended PRESEC-Legon in Accra and scored 8A’s in the recently ended West African Senior Schools Certificate Examination (WASSCE).

The philanthropist has already fashioned out plans to acquire SAT Materials for the young boy to prepare for University of Harvard’s next admission and is confident the boy will deliver.

The MP thanked President Akufo-Addo for his Free SHS vision which has made a huge difference in the lives of Assin Central kids and their parents.