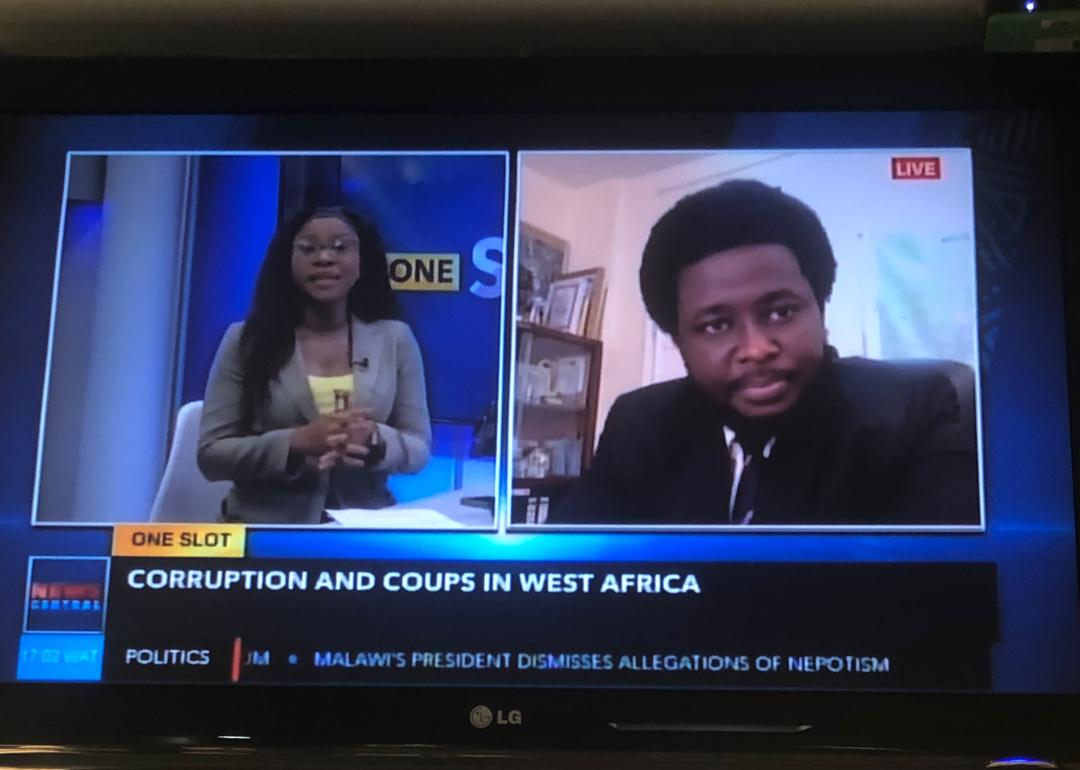 Francis Ben Kaifala Esq., President of the Network of Anti-Corruption Institutions in West Africa (NACIWA), and Commissioner of the Anti-Corruption Commission (ACC) of Sierra Leone, has said that seven out of ten of the military coups happening in the ECOWAS region are being justified with corruption in civilian led governments.

Commissioner Kaifala, who leads a very vibrant Sierra Leone Anti-Corruption Commission made this statement during an interview on News Central TV’s One Slot programme, in which he dilated on the topic: “The Connection between corruption and recent coups in West Africa.”

It could be recalled that the past months in the West Africa Region have seen increased in military coups including ones in Mali, Guinea and Burkina Faso, as well as a mutiny in Guinea Bissau which was later suppressed by the civilian government. In all of these, incoming military regimes blamed mismanagement of State resources, corruption and abuse of office as reasons why they decide to topple civilian led administration. This position was also shared recently by the Commander, United States of America African Command, General Stephen Townsend, who also attributed the spate of coups in some African countries to lack of good governance and corruption.

Meanwhile, whilst dilating on the topic of corruption and military coups in West Africa, Sierra Leone Anti-Corruption Commissioner said “we are back into coups because of difficult economic challenges,” adding that over two decades the region has seen democracy thrived but the actual changes that are envisaged in the lives of the people of the region are not realized.

However, Mr. Kaifala was pessimistic that “coups do not change the lives of the people, but instead will lead to further backwardness.”

Further explaining his distrust for military coups, the NACIWA President said “we have not had a single country where coup has changed much,” bolstering that “there is no good coup.”

Commissioner Kaifala, who is a renowned Sierra Leonean lawyer opined that there are ways through which civilian regimes could be removed. He said that could be done through elections, the judiciary and the legislature, but that taking arms against civilian regimes is itself an attack on democracy and should be frowned at.

In this article:7/10 military coups,Commissioner BEN KAIFALA,in West Africa are result of corruption’-