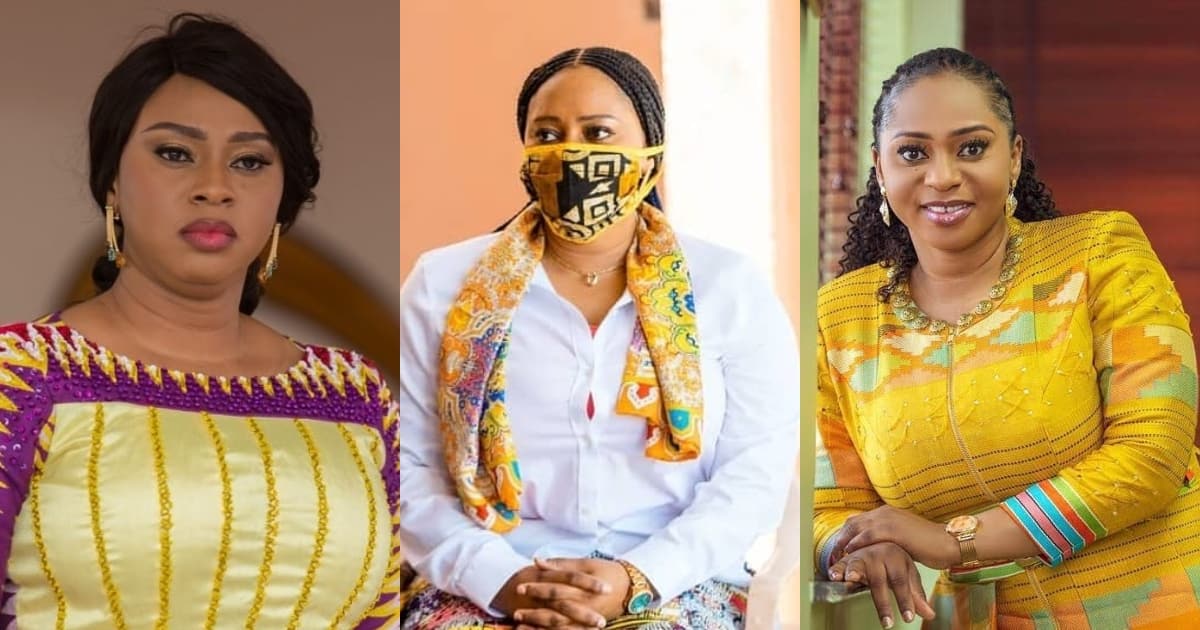 Minister for Gender, Children and Social Protection Sarah Adwoa Safo has been shown the exit from the ministerial position and a substantive replacement would be announced in a matter of days, The New Publisher has gathered from the corridors of power.

The exact reasons for her dismissal are still sketchy.

Adwoa Safo has been absent from the Ministry for Several months and the Member of Parliament for Assin Central, Kennedy Agyapong, hinted on Tuesday that she may have lost interest in remaining Minister for Gender, Children and Social Protection after her failed attempt to sack Mrs Gertrude Quashigah, the National Coordinator of the School Feeding Program.

Mr. Agyapong said that embarrassing attempt by Adwoa Safo to sack Mrs. Quashigah, in itself, was a wrong move because she had failed to investigate and establish the truth behind some frivolous allegations raised against the very highly respected woman.

Public calls for either the resignation or dismissal of Adwoa Safo heightened after her prolonged absenteeism from the Ministry and the continuous nature of the attitude.

The Presidency, when it became obvious Adwoa was not returning anytime soon, had to direct the Minister for Sanitation and Water Resources Cecilia Abena Dapaah, to be a caretaker for Adwoa Safo’s office while she continues to cool off in America and periodically appears on Tic Toc with a pretty polished face, dancing and singing.

Sarah Adwoa Safo doubles as the Member of Parliament for Dome-Kwabenya Constituency in the Greater Accra Region and she has topped headline news for the better part of this year over her absent from Parliament as well, especially the explanation her party members and persons close to her are claiming to the reason she is not showing up in Parliament.

One of such persons is Kennedy Agyapong, the Assin Central MP with whom Adwoa Safo has two children.

Kennedy, her college MP from same party and father of her two children, has stated during several media interviews that Adwoa Safo had insisted she would not return to Parliament until it is officially announced that she has been made the Deputy Majority Leader in Parliament.

In plain language, the return of Adwoa Safo to Parliament would only be possible if the current Deputy Majority Leader, Alexander Afenyo‐Markin, MP for Effutu Constituency, is officially told and compelled to hand over the position to her, as though she were some extraordinary genius or an overly pampered spoilt little kid yelling and rolling on the floor over the loaded gun of a hunter she wants to play with.

According to Kennedy Agyapong, “There are fine men and women who have made the efforts to talk to Adwoa; first is the President himself, I don’t know why he has a soft spot for Adwoa Safo. Two is the Chief of Staff. Three is Honourable Kyei-Mensah-Bonsu and myself … A chief had travelled to where she is just to convince her, she refused to come”.

He continued: “Adwoa’s condition is that you have to remove Afenyo-Markin as Deputy Majority Leader and announce it publicly that Afenyo-Markin has been removed then she would take a plane and come. Her second demand is that if she does not get what she wants, she would not come to vote for the E-Levy and if the E-Levy is not passed, the country would go to IMF.”

Kennedy continued: “Adwoa Safo; they hired a private jet for her to fly to Ghana and when she came, she refused to come to Parliament. The Chief of Staff, after buying the tickets and flying her in, she had to take a motorcade to Adwoa’s house. She stood behind her gates for 30 minutes, what kind of rudeness is that, before she opened. The chief of Staff was made to sit at her living room for 35 minutes. When she came she was tired so we could not vote. Then going back, she was demanding another private jet. Ahhhh!”

Kennedy said the Chief of Staff has done everything humanly possible to pamper Adwoa Safo to return to Parliament but the Dome-Kwabenya MP would simply not co-operate.

He said there was a time the Chief of Staff even gave him an amount of 120,000 which he deposited in Adwoa Safo’s bank account yet she still would not be appeased.

Videos of Sarah Adwoa Safo dancing on Tic Toc went viral on Monday and earned her some public verbal bashings.

By close of day Monday, all posts on her Tic Toc got deleted and then the account was completely deactivated.