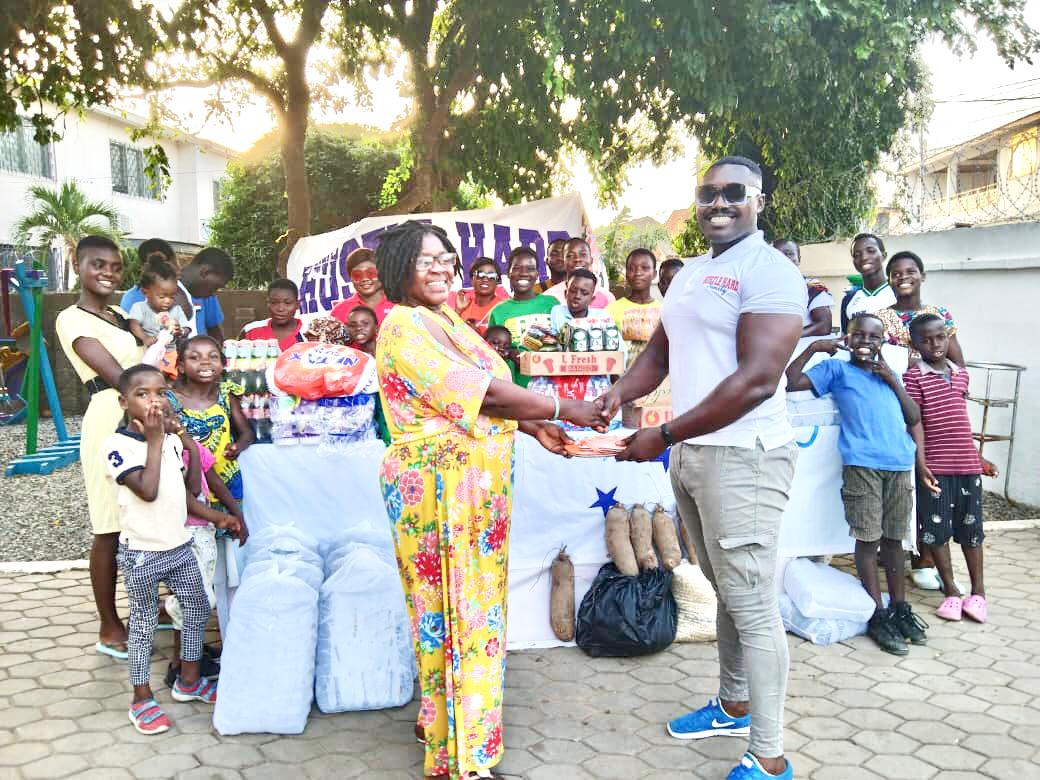 Hustle Hard Family (HH FAM), a social media group, aimed at promoting sanity on the internet has donated assorted items worth over GHC3000.00 to the Assurance of Hope for the Needy Orphanage located at Teshie first junction.

The items included bags of water, toiletries, bags of rice, gallons of oil, soft drinks and bars of soap among others.

The generous act formed part of activities to mark the second anniversary of the group.
Presenting the items on behalf of the group, founder of Hustle Hard Family, P.O 2 Emmanuel Kwame Tonto, said giving to the vulnerable was very necessary, adding that when orphans are shown love, it attracts blessings from God.

He mentioned that this was the second time HHFAM was undertaking such an initiative and assured that “this will be an annual routine. We will go beyond interacting online and entering various communities to see how we can contribute towards the development of the nation.”
The philanthropist expressed gratitude to the group members and all supporters of the group and it’s charitable acts.

“I am grateful to every member of HHFAM because without them, this would not have been possible. I am extremely grateful to all of you and hope that future donations will be bigger and better,” he said.
In furtherance, he called on members of the public, NGOs and corporate organisations to emulate the steps of HHFAM.

P.O 2 Tonto, who is a personnel of the Ghana Armed Forces (GAF) has attracted admiration from members of the public because of his selflessness and how sensitive he is to the needs of the vulnerable. He has led the HHFAM since it’s inception two years ago, to promote decency online.

Occasionally, HHFAM holds engagements to educate its members on health tips and safety measures amongst other educative interactions. The educative sessions are led by professionals who voluntarily offer their services to the group members.
Some activities of the group include, networking, relationship chitchats, pep talks with health professionals, awareness creation about the laws of the country and discussion of group problems.

There are also days allocated for just picture sharing and checking on each other.
Sundays are dedicated to sharing motivational stories and reflecting on petinent life issues.