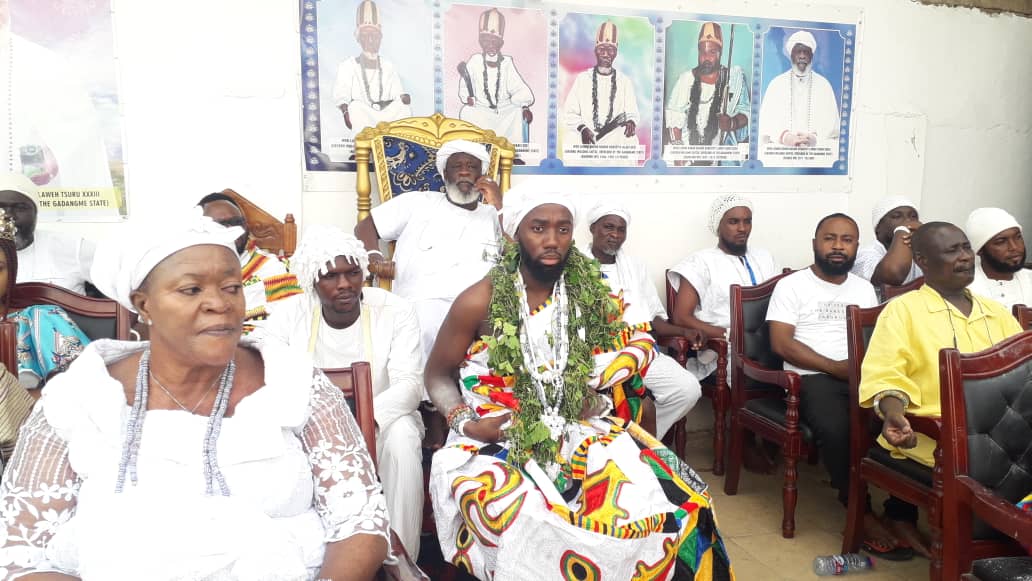 Kingmakers at Nungua Traditional Area have installed Nii Borlabi Tesaa as the new Development Chief for the Nungua area after years of vacant chieftaincy seat.

Known as Johwich Nathan, the American born Srilankan was enstooled to champion developmental agenda of Nungua whilst fostering unity, a potent force for progress. The newly installed chief has a duty to whip up the interest of communities within the Nungua Traditional Area towards the overall development agenda of the area.

His stool name, known as Nii Borlabi Tesaa, he assumes the pinnacle of leadership for Nungua, hitherto a long existing gan in the traditional set up of Nungua.

Having being installed a Development Chief for the area, the excitement of the indigenes and residents of Nungua was on a higher notes due to the dedication, commitment and readiness of the New York born but prominent son of the Nungua soil to undertake developmental projects for the area.

John with Nathan was born in Haiti and emigrated to Hudson, New York with his mother when he was three years old, seeking asylum in the 1990s.

In his quest to seek better opportunities,Nii Borlabi Tesaa spent his early years in Hudson during which he secured an early job at Operation Unite, a voluntary organisation.

At the age of fifteen, he moved from New York to Connecticut to live with his sister in a tiny studio apartment. After graduating from high school, he attended Bible College where he studied Theology and after which he travelled to Phoenix, Arizona to pursue a course in music, a major turn over in his life.

Being inspired by his newfound appreciation for helping his people Nii, determined to establish his own business. Being inspired by the good advice of business gurus like Tai Lopez and Grant Coedone, he commenced Harbor Helath Inc, a firm that operates group homes and other places of assistance for those with drug addiction and mental health problems.

Having being installed after years of vacant seat, it is expected that Nii Borlabi Tesaa will hit the ground running with absolute focus on major developmental projects aimed at putting Nungua on sustainable path of progress.