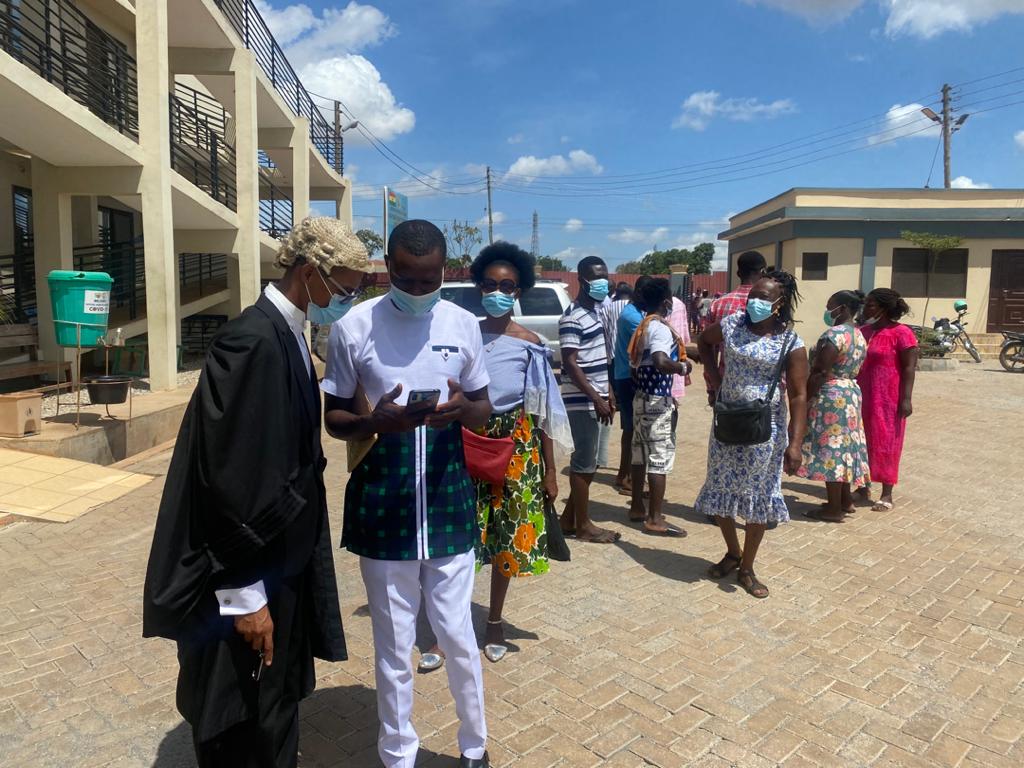 The High Court in Adenta presided over by Justice Fred Kwasi Awuah has acquitted and discharged 14 traders of contempt charges brought against them.

The said contempt application was brought by one Nana Adu, owner of Nikkies Restaurant at Madina Zongo Junction who claims that the frontage of his house is being occupied by the market women.

The market women have however argued that they do not occupy the land of Nana Addu and they have been put in occupation by the La Nkwatanang Municipal Assembly whom they pay the taxes to.

The lawyer for the applicant ,Viccent Arkins (Esq) argue in their affidavit that they had filed an action against the La Nkwatanang Municipal Assembly , and also filed an application for an order for eviction.

The lawyer for the respondent, a renowned human rights Lawyer who is also the MP of Madina lawyer Francis-Xavier Sosu together with lawyer Elizabeth Owusua and Belinda Narkey Quanor argued forcefully that the application is unmeritorious and raised preliminary legal objection and the proprietary of the action.

Lawyer Sosu and his team of lawyers had also argued that from the applicant, it was also not clear whether there was any substantive order of a court, served on the traders and that the said non-existence of such order makes the contempt application in meritorious.

The traders were full of the excitement and thanked their member of Parliament for coming to their aid.