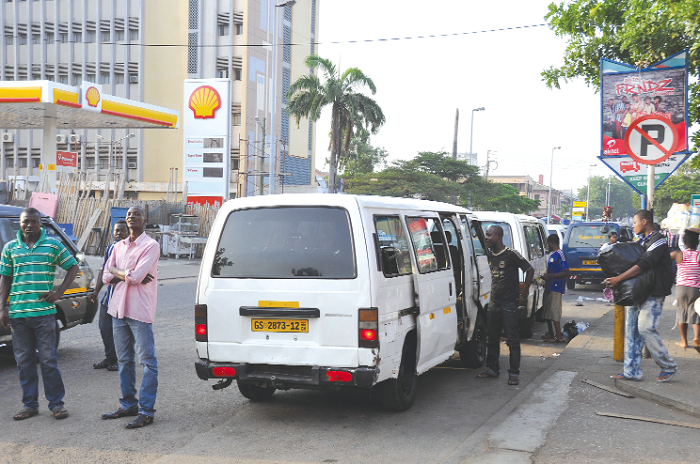 18 transport unions to embark on strike Monday over killer taxes

Coalition of 18 Transport Unions have concluded to embark on a nation-wide sit-down strike coming Monday, 6th of December 2021 to exercise their displeasure against government’s failure to address their concerns and Petitions to reduce levies and taxes on petroleum products.

The Unions claimed government has failed them a number of times on its promise to announce the Price Window through the National Petroleum Authority (NPA) which would automatically cause the reduction of fuel prices at the pump.

We recalled the Transport operators last Friday held a press conference and announced its decision to hold on to their planned sit-down strike due to the intervention of the Transport Minister who promise to reduce the fuel price through Price Window to be announced by NPA this week Tuesday.

But, speaking to the National Communication Director of GPRTU, Alhaji Imoro Abass said, since the Transport Minster engaged them and promised that a Price Window would be announced by the NPA to enable the reduction of fuel price this coming Tuesday, nothing has been done about it and the government has put a death ear to their Petition.

According to him, the Minister has never bothered to fulfill its promise nor engage the Unions to communicate to them the way forward which is an affront and disrespect to the entire transport operators.

He therefore said at a crunch meeting on Thursday, the transport operators concluded to withdraw their services coming Monday across the country in order to render their displeasure against the fuel hike and government’s refusal to reduce the levies and taxes.

He again charged all drivers and transport operators in the regions to abide by the directives and take the strike action seriously, adding, if this is the only way that would enable the government listen to our plea, concerns and Petition.

In this article:18 transport unions,Monday over killer taxes.,to embark on strike