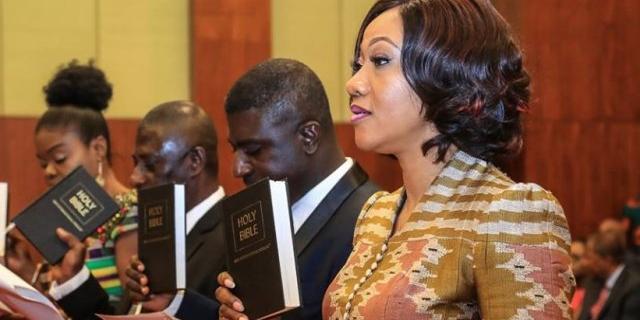 The 2020 polls which traveled to the Supreme Court was characterised by chaotic scenes, controversial declaration of different figures at press conference, press release, EC’s own website and answers to petition filed by John Mahama before the seven-panel of judges at the Ghana’s apex court.

Several attempts by the lawyers of EX-President John Mahama the petitioner led by legal Puritan Tsatsu Tsikata, Tony Lithur to get Jean Mensa into the witness box to explain the different presidential results she declared were unsuccessful, referred to by many as “Unanimous 7”.

According to Executive Director of Care for Free and Fair Elections David Kumi Addo EC allegedly engaged in the additional secret printing of ballots papers that must be tabled for investigation to clear every doubt in the minds of the Ghanaian voters ahead of 2024 Elections.

Speaking to the press in Accra Executive Director of Care for Free and Fair Elections Ghana David Kumi Addo said “The failure of EC Chair Jean Mensah to give detailed account of controversial results of 2020 polls is a recipe for disaster waiting to resurface in 2024 if urgent steps are not taken to demand the answers for the Ghanaian voters”.

Kumi Addo noted that the “information in the public domain is that the Jean Mensa-led EC failed to use form 8 in line with the Constitutional Instrument in collating the presidential elections results and most be probed to explain”.

In this article:2020 Polls:,over abuse of power,Parliament petitioned to probe Jean Mensa