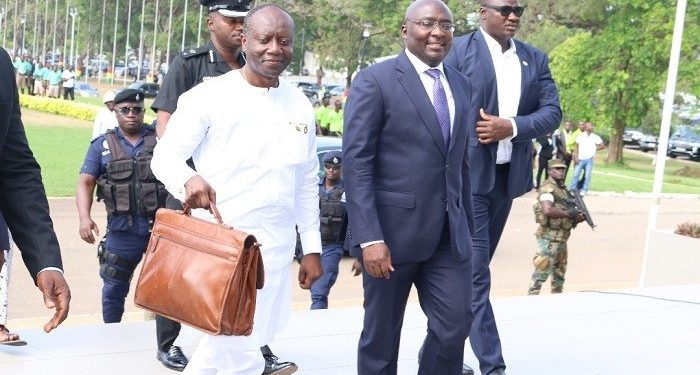 2022 Budget: ‘Don’t approve in its current state’- CAC-Ghana to Parliament

Below is the full press statement by CAC-Ghana issued on 22 Nov 2021:

Re: 2022 Budget confirms that Ghana is losing the commitment to fight corruption. The Budget must not be approved in its current state by parliament.

Digital Levy
Crusaders Against Corruption, Ghana (CAC-Ghana), after studying the 2022 budget
presentation, observes with much worry the lack of commitment on the part of the government, and for that matter, the entire nation, to fight corruption. One surest way to fight corruption by any serious country is by consciously building a cashless society, and as such CAC-Ghana is of the opinion that any act that would defeat this drive should be resisted by all legally accepted
means.

The 2022 budget intends to introduce an E-Levy of which includes mobile money tax whose basis appears completely illogical as the Vice President rightly conceded recently in a radio interview.

CAC-Ghana posits that a digital levy (banking services) has the strong potential to push Ghana’s economy back to a cash based economy. In Tanzania, for instance, the new government levy on mobile money that was introduced in July 2021 sparked outrage from citizens due to the
significant increase in costs. With 26 million people, almost half the country’s population, using mobile money the surge in prices was felt widely. The tax, which increased the cost to send, withdraw, and transfer money to the bank, was met with uproar from customers.
In as much as it is needed for Ghana to increase its tax revenue, CAC-Ghana is strongly suggesting to government that there are other effective ways to achieve this, particularly in taking a cue from Kenya where the data to date has shown that the contribution of mobile money-related taxes is less than 1 percent of revenue, a negligible contribution to Kenya’s total tax income, at high economic costs, and worse of all is, it has been a blow to financial inclusion to the citizens.

A cash based economy is a strong motivation for uncontrolled, untracked cash usage and movements, which are havens for corruption and for people who engage in corrupt practices.

This is a possible sign of regression in our already struggling quest to fight corruption as a nation, and citizens are going to carry cash or intensify the usage of cheques causes corruption, and benefits those who accept bribes and kickbacks in the country because it does not leave a signature of its movement from one entity to another. This seriously works against the poor and the economically weak citizens since they are often deprived of benefits, including accountability, transparency, documented evidence of every financial transaction, generated by government institutions, our own taxes, and high net-worth taxpayers, with the result of allowing money to pass under the table and through backdoors with no scrutiny or accountability.

Call to Christian Council Ghana Crusaders Against Corruption Ghana, in the coming days, will officially call on Christian
Council Ghana and all well-meaning Ghanaians to join CAC-Ghana, in this venture, as we
officially petition the parliament of Ghana to ensure that Ghana’s interest is protected.
Meanwhile, CAC-Ghana is calling on parliament, (in the interest of the people they represent), to
ensure:

1.
That there is a withdrawal of the proposed E-Levy (mobile money tax, etc) as reflected in
the 2022 Budget

2. Further deliberation by government rather than a ‘stop gap’ approach that has the potential of
affecting the already overburdened small businesses and traders.

In this article:'Don't approve in its current state'-,2022 Budget:,CAC-Ghana to Parliament