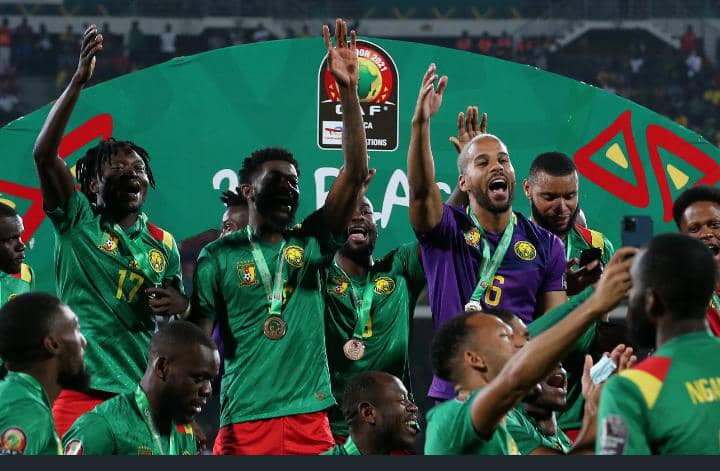 AFCON2021: Cameroon bounces back from 3goals down to win bronze

The Host of the African Cup of Nations ( AFCON) Cameroon came from three goals down against Burkina Faso to win 5-3 on penalties to lift bronze medal.

The Indomitable Lions missed out on the finals after they were defeated on penalties by Egypt.

The coach decided to field a second team against Burkina Faso in the third place. It almost backfired as Burkina were up by two goals in the first half.

The stallions picked the second half up from where they left it off by getting the third goal just four minutes into the second.

Cameroonian head coach, Antonio Conceicao brought on Vincent Aboubakar, Karl Toko Ekambi and Nicolas Ngameleu early in the second half and it that changed the face of the game.

It went straight into penalty shootout and Ibrahim Blati Toura missed for Burkina Faso as Cameroon scored all five penalties to secure the third place.

Meanwhile, the final match between Seven times champions Egypt and 2019 finalist, Senagal will come off at Stade Olembe on Sunday 6th February 2022.

In this article:AFCON2021:,Cameroon bounces back,from 3goals down to win bronze