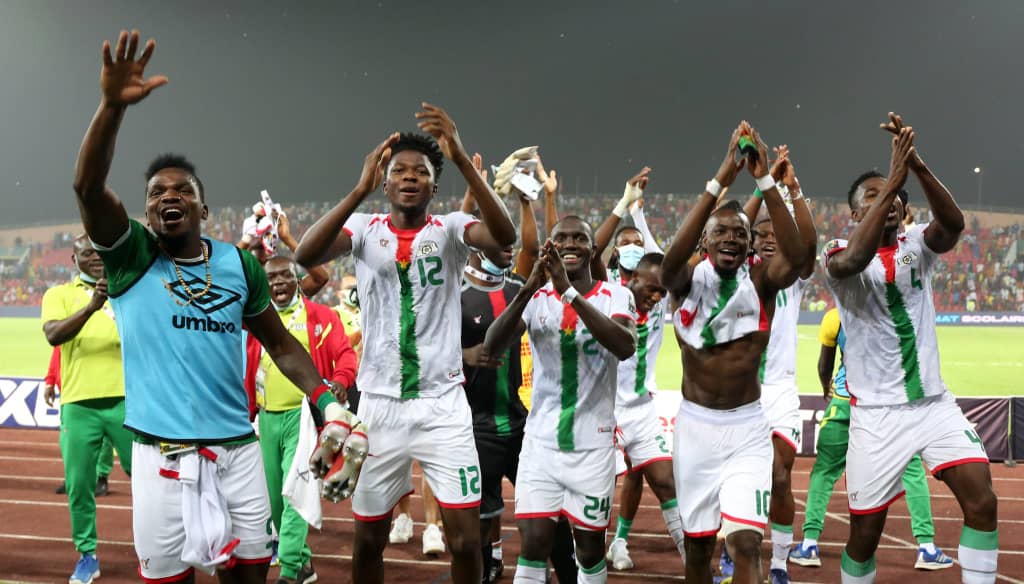 The capital city of Burkina Faso, Ouagadougou has been turned upside down after they defeated powerhouse Tunisia in the quarter-finals of the ongoing African Cup of Nations( AFCON) by a goal to nil to cruise into the semifinals.

The Stallion of Burkina Faso finished second in group A that has Cameroon, Cape Verde, and Ethiopia. They won one drew one and lost one.

In the round of 16, they led Gabon until they conceded a last-minute goal that took the game to extra time and penalty where they won.

Many didn’t fancy them against the Tunisians, but they defied all odds and dumped Tunisia out the competition to set a clash with the host nation, Cameroon in the semifinals.

The victory over Tunisia has been received back home with cheers and noise around their Capital Ouagadougou, with many trooping to the street with their flags on motorbikes and cars enjoying themselves.

After their display against Tunisia, many are tipping them to brush aside Cameroon and go for the Gold.

This will be the second time in the same competition both Cameroon and Burkina Faso are meeting.